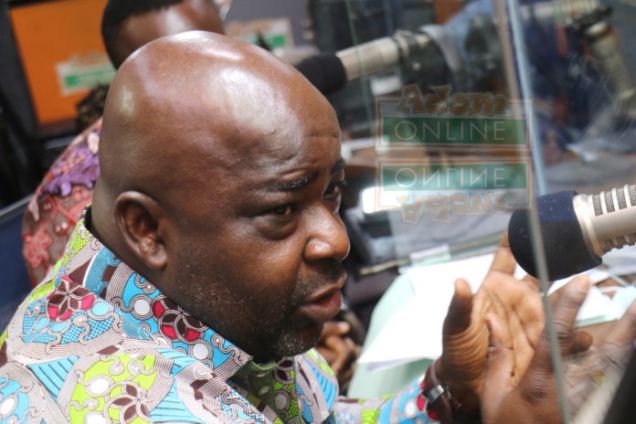 A Deputy Minister of Trade and Industry has insisted that the government has not abandoned the Komenda Sugar Factory.

Michael Okyere Baafi said the government has made significant investment into the project.

According to him, the fact that the factory is not in operation yet does not mean nothing is being done.

Speaking in an interview with Citi TV on Tuesday, July 12, the New Juaben South MP said: “That we are not producing sugar does not mean there is nothing happening. It is not a white elephant. If you go there now, you will see workers on the ground.”

He also said that at the time the NPP took over the reigns of government, the factory was not fully tooled.

“We [the NPP] came to meet a factory that was not fully tooled, one without plantation to serve as raw material to help the factory to survive. One that didn’t even have people to run it. There were a lot of things that needed fixing. By God’s grace, we are done with them.”

Meanwhile, he said according to him checks, the factory will be operating by end of this month.

“As I speak, CBG is working with the Ministry of Trade and Industry as well as the consultants for the factory. We have to first buy sugar cane from the farmers.”

“Per my checks, I can assure you that, latest by a month, the facility will be running.”

Earlier, the Trade and Industry Minister, Alan Kwadwo Kyerematen revealed that the factory is 98 percent complete.

The Minister said major works undertaken at the factory have been completed.

Mr Alan Kyerematen made these revelations while answering questions in Parliament.

The Komenda Sugar Factory was built at a cost of $35 million from an Indian EXIM Bank facility.

It was inaugurated by then-President John Mahama in May 2016, but stopped operations not long after.

The factory was expected to employ 7,300 people along the value chain, boosting employment prospects in the Komenda-Edina-Eguafo-Abirem municipality.

President Akufo-Addo had given indications that the Komenda Sugar Factory would be fully operationalised in April 2022.

At the time, he said there were some civil works ongoing at the factory site, and that by the end of March 2022, all those activities would be completed to pave way for production.

A Ghanaian-Indian company, Park Agrotech Ghana Limited, is the new investor who will take over the operations of the factory.

$11 million was to go into sugarcane cultivation; $6 million to upgrade plant and machinery, and $11 million as working capital to bring the ailing factory back on its feet.

The Ghana-based company is a subsidiary of the Skylark Group of Companies of India, one of the largest integrated farming businesses in India.