The youngest Kardashian family member is making her fortune from her best-selling cosmetics business.

The 21-year-old founded and owns Kylie Cosmetics, the three-year-old beauty business that generated an estimated $360m in sales last year.

She reached the milestone earlier than Facebook founder Mark Zuckerberg who became a billionaire aged 23.

"I didn't expect anything. I did not foresee the future.

"But [the recognition] feels really good. That's a nice pat on the back," Ms Jenner told Forbes.

But the billionaires' combined worth is down from $9.1 trillion at $8.7tn.

Facebook founder Mark Zuckerberg's wealth is among those falling.

His shares in Facebook at one point lost a third of their value as the company battled privacy scandals.

Amazon's share price has been good for Mr Bezos' bank balance and the gap between him and the number two, Bill Gates, is a little wider, even though Mr Gates' fortune has swelled to $96.5bn from $90bn last year.

Of all the billionaires on the list only 252 are women, and the richest self-made woman is real estate mogul Wu Yajun of China, worth an estimated $9.4bn.

The number of self-made women reached 72 for the first time, up from 56 a year ago. 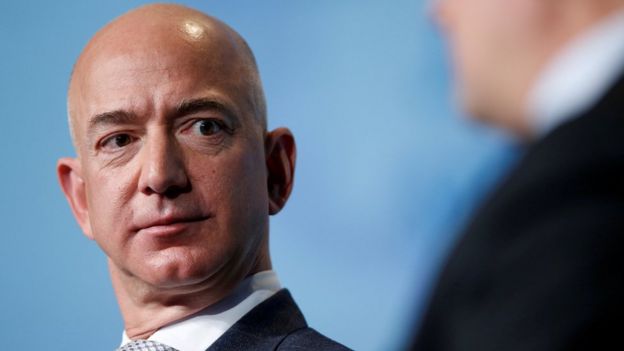 Jeff Bezos – still number one and getting richer

The Forbes billionaires list is a snapshot of wealth taken on 8 February 2019. The magazine uses that day's stock prices and exchange rates from around the world. 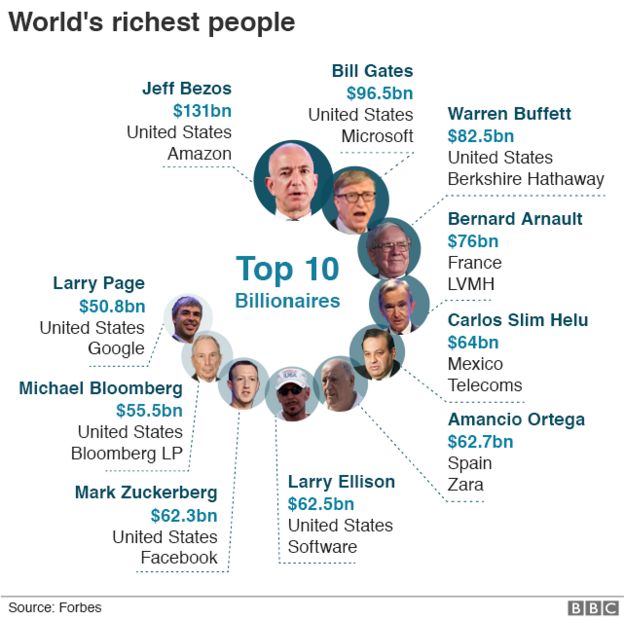 There are 52 UK citizens on the list. At the top are the Hinduja brothers, Srichand and Gopichand, who control the Hinduja Group conglomerate, with a net worth of $16.9bn.

Behind them, ranked as the wealthiest single individual in the UK, is James Ratcliffe, founder of the chemical group Ineos, and worth $12.1bn. 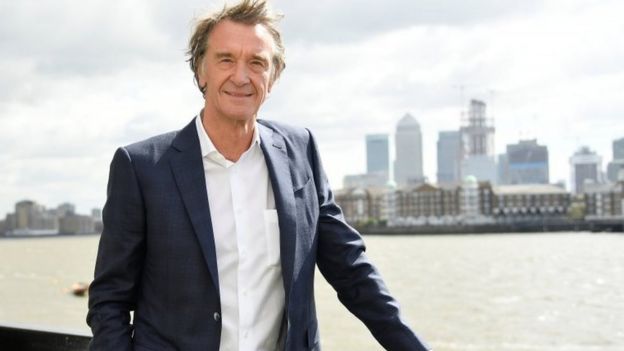 Jim Ratcliffe owns 60% of Ineos, the chemicals company he founded

Another newcomer is Safra Catz co-chief executive of software firm Oracle, who according to Forbes earns a $41m salary and ranks as one of the world's highest paid female executives. 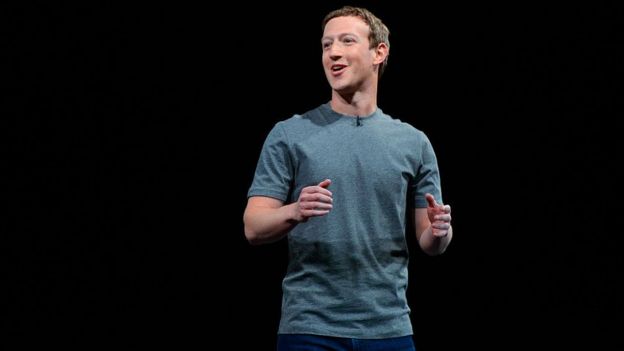 The US has 607 billionaires, more than any other country. China has the next largest number with 324. But the list of Chinese billionaires has seen some big changes – it has 44 newcomers to the list while 102 have dropped off.

The weakness of the euro has not been kind to European billionaires who make a poor showing with only two in the top 20: Bernard Arnault (ranked 4th), the chief executive of the French luxury goods company LVMH, and Amancio Ortega (ranked 6th), who founded retail group Inditex which owns brands such as Zara.

Forbes said 247 people who were on the billionaires list last year have now dropped off. Among them are Domenico Dolce and Stefano Gabbana, fashion designers and co-founders of Dolce & Gabbana.

The group chairman of supply chain management company Li & Fung, Victor Fung, is also no longer classed as a billionaire by Forbes, after being on the list for 18 years in a row.