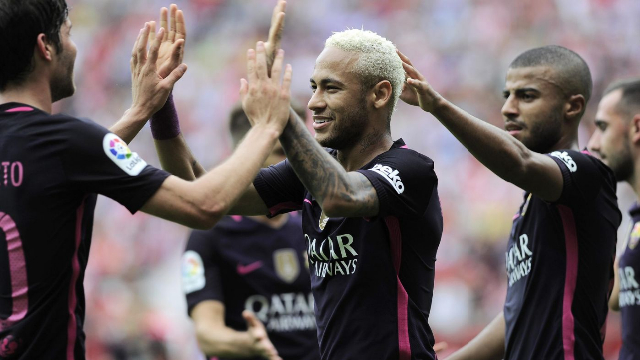 Real Madrid were held in La Liga for the second time in a week as they conceded a late equaliser to draw 2-2 with Las Palmas.

Zinedine Zidane’s side twice held the lead in Gran Canaria, through Marco Asensio and Karim Benzema, but they were pegged back on both occasions, with Sergio Araujo salvaging a point for the hosts with just five minutes of regular time remaining.

This result came on the back of Wednesday evening’s draw against Villarreal, meaning Real Madrid have dropped four points over their last two Liga fixtures. Zidane’s rotation of his squad will consequently surely come under scrutiny.

As will his decision to withdraw Cristiano Ronaldo with 15 minutes still to play. The Portuguese winger looked short of match sharpness, but was unhappy with Zidane’s decision to bench him.

Ultimately it proved to be the wrong call as Real Madrid succumbed to an equaliser, making them rue their missed opportunities earlier in the match.

Luis Suarez and Rafinha scored in the first half before three late goals in seven minutes including two from Neymar gave Barcelona a 5-0 win at 10-man Sporting Gijon on Saturday, their first game this season without Lionel Messi.

After a slow and dull start by Barca, Arda Turan set up Suarez and the Uruguayan rounded Sporting goalkeeper Ivan Cuellar to tap in the opener in the 29th minute.

Rafinha then headed in Sergi Roberto's cross at the near post for the second three minutes later.

Sporting lost captain Alberto Lora to a second yellow card for a late challenge on Roberto in the 74th minute.

With nine minutes remaining, substitute Paco Alcacer hit the crossbar but Neymar pounced on the rebound and tapped in.

Sergi Roberto came up with his second assist of the game when his cross found Turan's header for Barca's fourth in the 85th minute and Neymar got his second two minutes from time with a close-range strike past Cuellar.

Barcelona, held to a 1-1 home draw by Atletico Madrid on Wednesday when Messi sustained a groin injury that ruled him out of action for three weeks, have 13 points from their first six La Liga games.