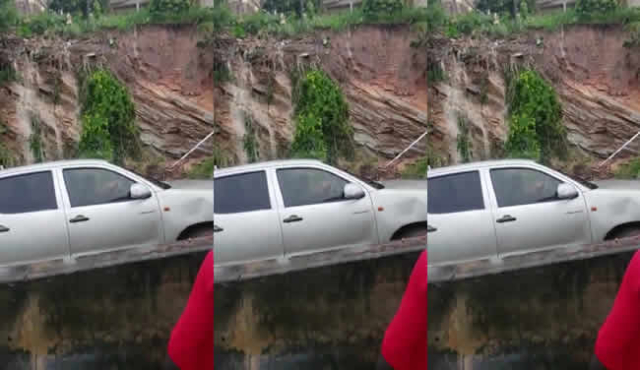 Motorists using the south-bound lane of the Aburi to Accra road were left stranded Friday afternoon after a heavy downpour caused a landslide.

Videos circulated on social media show motorists struggling to navigate the road that connects the Eastern Region to Accra.

The road is home to the Aburi Mountain which is one of Ghana’s highest topographies and a major tourist destination.

Eyewitnesses say police and officials of the National Disaster Management Organisation (NADMO) had to create a diversion for traffic to flow smoothly.

The lane was closed for more than a year for repair works after falling rocks left it unmotorable.

The Aburi mountains have collapsed at both sides and now we”™re stuck in between pic.twitter.com/oBejq0Dw98

When we talk about people not building on the Aburi mountains they take it as a joke. Without the trees the rocks and mud will continue to fall. #letskeepaburisafe. pic.twitter.com/JmaPPCrISt