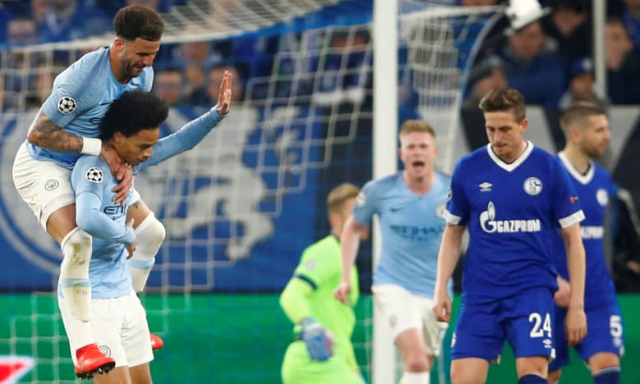 Late goals from Leroy Sane and Raheem Sterling gave Manchester City a 3-2 win at Schalke 04 in their Champions League Round of 16 first leg on Wednesday that put the English side in the driving seat.

Substitute Sane scored against his former club with a sensational free kick in the 86th after NabilBentaleb converted two spot kicks in the 38th and 45th minutes to put Schalke ahead.

Sergio Aguero had given City the lead in the 18th and the English champions were left with 10 men in the 68th minute when Nicolas Otamendi was sent off following a second booking.

City, who have conceded at least two goals in six of their seven games in the Champions League knockout stages under Pep Guardiola, will also be without yellow-carded Fernandinho for the return leg in Manchester on March 12.