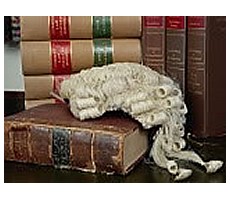 Speaking at the opening of the annual conference of the Ghana Bar Association in Takoradi, the Deputy Attorney-General said such tactics could have implications for the polls.

He said the two underscored the importance of effective and speedy resolution of election-related disputes, which are likely to occur in the December elections, adding that such move would contribute to peaceful polls and maintain Ghana’s image as a beacon of hope on the continent.

The lawyers were also advised against the use of unnecessary technicalities to frustrate the process.

They enjoined lawyers to explore the alternative dispute resolution mechanism in ensuring that these disputes are resolved as speedy as possible.

On his part, the president of the Ghana Bar Association Frank Beechem gave assurance that lawyers are ready to play their role to ensure that this is done.

“But he did not hesitate to express concern about what he called the scurrilous, unwarranted and mischievous and uninformed attacks against judges and judiciary, which he said the GBA is not an appendage of any political grouping and that they would do everything to fight this kind of attitude in the public,” Samson Ayenini reported.