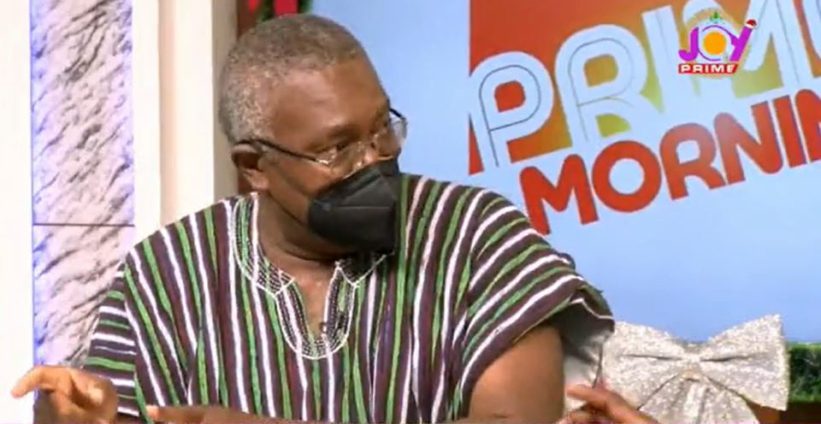 A former Director-General of the Ghana Education Service (GES), Charles Aheto-Tsegah, has said the decline in performance of students in this year’s WASSCE, when compared with 2020, can be attributed to the laxity in learning approaches which in turn affected the outcome.

“There is something that a lot of people have not been looking at. The Free SHS introduced a certain mindset among the children. That mindset had to be cured and it took a long time for teachers in many schools to be able to cure them. The mindset is; it is free so we will go to school.”

He noted that the free concept associated with policy has led to “the laissez faire attitude when it comes to the way the students approach the examinations.”

Mr Aheto-Tsegah was speaking in an interview on Prime Morning on Monday, December 13. The discussion was on the performance of candidates in the 2021 WASSCE vis a vis that of the 2020 candidates.

He indicated that “there were a lot of administrative issues that affected the whole relationship between teachers and students” which resulted in the low performance of WASSCE candidates in Core Mathematics and English Language.

“The kind of discipline that you and I went through when we were in school cannot be said to be existing in our schools today. Therefore, that laxity itself has been a fantod in terms of the way students learn and the way they approach learning,” he told Benjamin Akakpo.

The West African Examination Council (WAEC), in a press statement announcing the release of the 2021 WASCCE results, revealed that 54.08 per cent of the candidates excelled in English Language compared to 57.34 per cent who passed in 2020.

According to the Council’s Head of Public Affairs, Agnes Teye-Cudjoe, about 65.71 per cent of the candidates excelled in Mathematics last year. The figure, however, declined to 54.11 per cent in 2021.

This implies that over 45 per cent of the candidates who sat for the 2021 WASSCE failed Mathematics and English Language, the two key core subjects, required to secure admission into the university.

Mr. Charles Aheto-Tsegah blamed the phenomenon on what he described as lack of adequate teaching and learning interventions.

“Again, you’d have to look at interventions. I do not know how many interventions, in the teaching of Mathematics, actually took place in 2021. In 2020, over the period when it was discovered that we had challenges with Mathematics, government and Education [Ministry] made very strong efforts to do a lot of training for teachers and doing so many different dynamics in terms of helping teachers grow and we saw the effects.”

“For 2021, I am not too certain about that same vigour and vim that went into getting teachers aware and getting materials and doing a lot of things in the system that will enable the teachers to be able to get the results,” he added.

The data provided by WAEC shows improvements in the performance of candidates at grades A1 to C6 in Integrated Science and Social Studies this year as against 2021.

The government is expected to commission an investigation into the results of the the exams.

Commenting on the development on Thursday, December 9, Education Minister, Dr Yaw Adutwum was optimistic the outcome of the probe will shape and improve upon results of students in future.

“Actually, the average is 60 per cent, certain subjects [rate] went up, others dipped but if you put it on average it is still 60 per cent.”

“So, if you look at English for example, there was a dip, Mathematics there was a dip but Integrated Science saw huge jump and Social Studies saw an increase and so overall, the average is still 60 per cent,” he said.