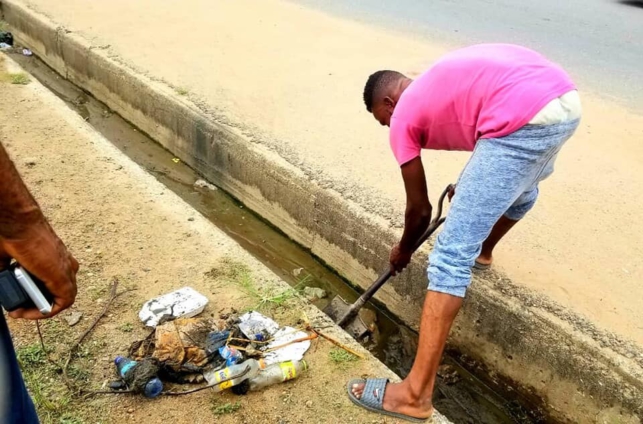 Ranking Member on Parliament’s Environment Committee has said that Ghana’s quest to attain clean cities should start with proper leadership.

A bemused Ebenezer Okletey Terlabi, who’s Member of Parliament for Lower Manya Krobo expressed his disappointment at having to deploy soldiers to several communities before residents cleaned their areas.

“We need to do a lot as Ghanaians. It’s all about leadership and the will to enforce the laws. We have to make sure that whatever we do is not selective. Political influence, people using their political connections to overturn or do things which don’t help the society “.

His comments come on the back of a decongestion exercise at Abossey Okai to rid the place of filth.

Greater Accra Minister, Henry Quartey as part of efforts to make Accra clean again has been decongesting and cleaning parts of the cities.

Mr. Terlabi says Ghanaians have elected leaders to help enforce the laws and ensure the right things are done.

“Because we have elected leadership, they’re blamable. They wield all the powers to enforce and make sure we do the right thing. Somebody gave an order for the soldiers to go to Abossey Okai to enforce the laws. That’s leadership. But if we have to bring in soldiers before we clean our environment, then we’re in trouble,” he lamented.