Legia Warsaw's appeal to CAS to be reinstated to the Champions League is rejected - MyJoyOnline.com 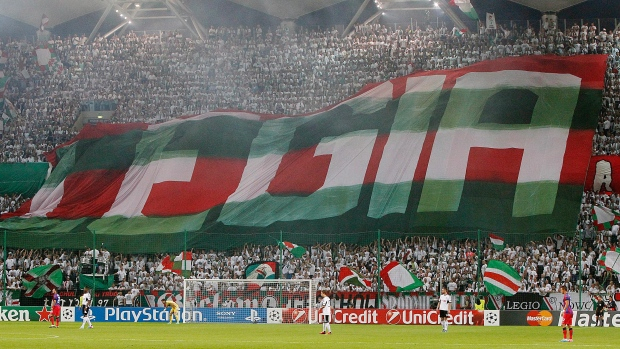 Legia Warsaw have had their appeal to the Court of Arbitration for Sport to be reinstated to the Champions League qualifiers rejected.

The Polish champions were eliminated from the competition by virtue of a 3-0 defeat as punishment for fielding a suspended player during their 2-90 victory at Murrayfield.

Legia won the first-leg 4-1 at home, and had they not missed two penalty kicks during that match they woukld have still progressed despite the automated 3-0 punishment.

Celtic will now play Maribor in the playoff to reach the Champions League group stages, thanks to Callum McGregor's goal in Poland.

Maribor v Celtic is live on Sky Sports 5 on Wednesday from 7.30.