Leicester City players and officials are flying to Thailand to attend the funeral of the club's owner who died in a helicopter crash.

Vichai Srivaddhanaprabha's funeral began at a Bangkok temple on Saturday with Buddhist bathing rituals and will be followed by recitation ceremonies.

Players will be attending services on Sunday and Monday after beating Cardiff 1-0 in the first game since his death.

Before the match they wore T-shirts featuring a picture of Mr Vichai.

They stood for a minute's silence along with Leicester City staff and fans ahead of the kick-off. 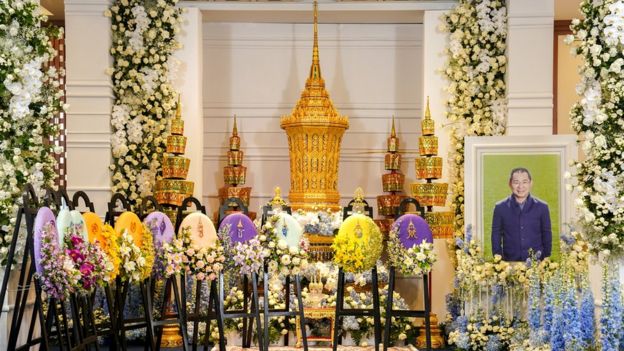 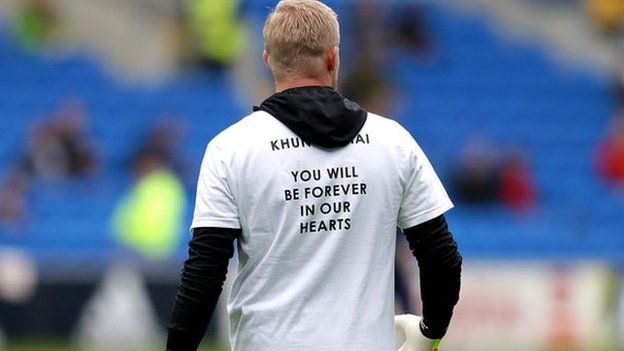 Leicester goalkeeper Kasper Schmeichel wore his shirt during the warm-up

Mr Vichai died with two members of his staff, the pilot and a passenger when the helicopter crashed moments after taking off from the King Power Stadium on 27 October.

His funeral began with a bathing rite ceremony and will be followed by recitation ceremonies over seven days.

The ceremony was held behind closed doors and a special funeral urn and also a five-tiered umbrella, which reflected his high status, was used. 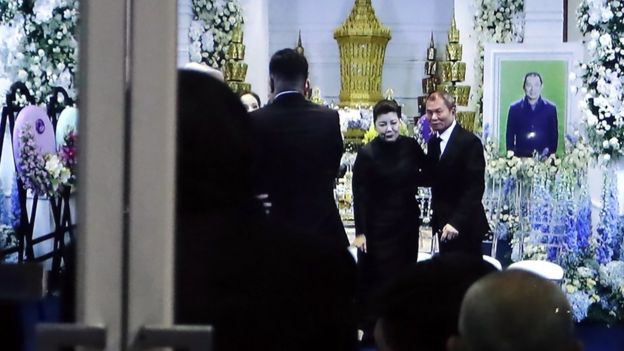 Aimon Srivaddhanaprabha (L), the wife of Mr Vichai, during his funeral rite 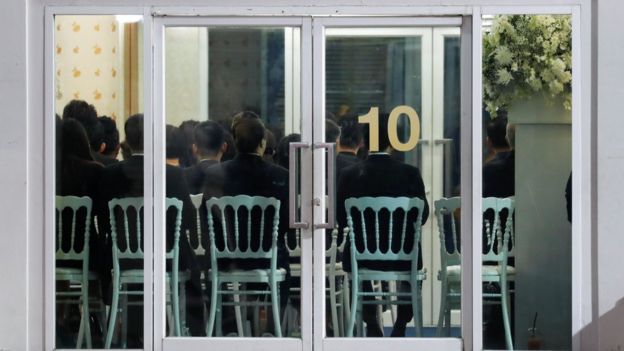 Thailand's Deputy Prime Minister Prawit Wongsuwan, the manager of Thailand's women's football team, and the president of the Football Association of Thailand were among the guests.

Leicester City players and club officials are expected to arrive back in the UK on Tuesday morning.

Mr Vichai's body arrived in Thailand on Friday ahead of the funeral. 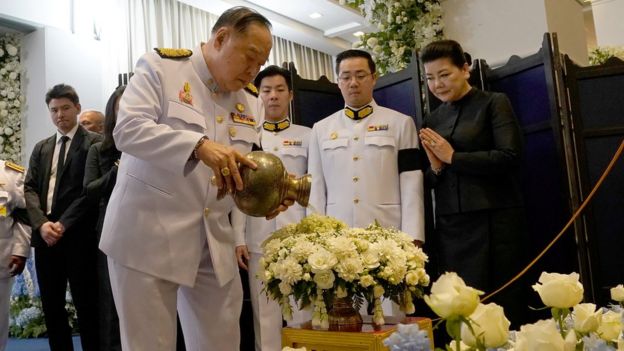 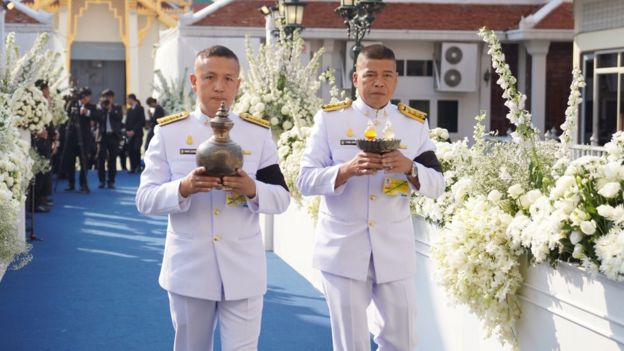