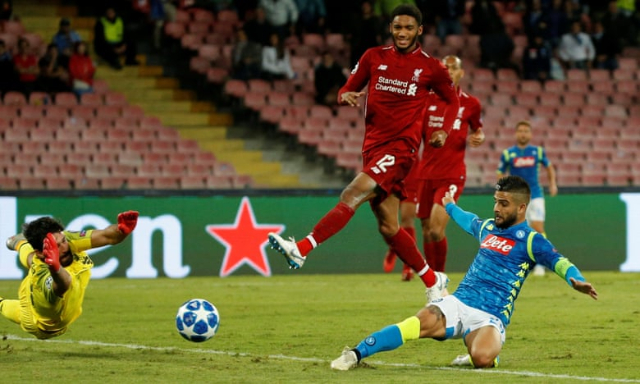 Napoli dominated the second half as substitute Dries Mertens also deflected an effort on to the crossbar.

The hosts had the better chances throughout as Fabian Ruiz and Arkadiusz Milik had shots saved by Liverpool goalkeeper Alisson.

Jose Callejon's volley was also kept out later in the second half.

Liverpool's best effort came via Mohamed Salah, who shot wide after the break, but Jurgen Klopp's side failed to record a single effort on target in Italy.

Home goalkeeper David Ospina also reacted quickly to prevent Sadio Mane and Salah running on to through balls late on.