Loan for MPs’ vehicles should be discontinued – Parliament’s Finance Committee 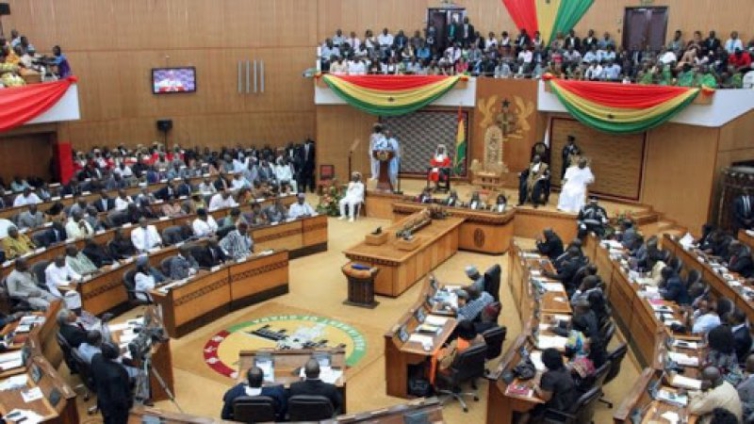 The Finance Committee of Parliament has recommended that going forward the current vehicle loan arrangement for Members of Parliament (MPs) and Members of the Council of State should be discontinued.

It said MPs and Council of State members should also be given similar duty post vehicles as other Article 71 officeholders.

The Committee, thus, recommended that Parliament and the Parliamentary Services take the necessary steps to ensure that was achieved.

Mr Kwaku Kwarteng, the Chairman of the Finance Committee, said this when he presented the Committee’s report on the loan facility from the National Investment Bank Limited for MPs and Council of State Members to purchase vehicles.

The House, earlier in the month, had approved a loan agreement between the Government and the National Investment Bank for a total of US$31,500,000 to finance the purchase of vehicles for MPs and Members of the Council of State.

The terms and conditions of the loan facility amount for cars for MPs is US$28 million while that of the Council of State is US$3.5 million, with both having an interest rate of eight percent per annum.

The upfront fees are 1.5 percent flat of facility amount for both MPs and Council of State members.

However, there has been public outcry against the loan request to finance the procurement of vehicles for the legislators.

Touching on this, Mr. Kwarteng said the Committee also took note of recent concerns by a section of the public over the burden the loan would have on the public purse.

He described the concerns as legitimate, saying they were fuelled by the fact that of all Article 71 officeholders, it was only MPs and Members of the Council of State who benefitted from vehicle loans, part of which are re-paid by the state.

He said as representatives of the people, MPs could not continue to leave those concerns unattended to, since it weakened the confidence Ghanaians had in them.

“We have a responsibility to reflect the values and ideals of the people we represent,” he added.

Mr Cassiel Ato Forson, Ranking Member on the Finance Committee, in seconding the motion, said almost every four years the House was subjected to some level of criticism over the provision of car loans.

He said oftentimes the facilities and privileges offered to Parliament were taken as though the House was benefiting more than any of the other Article 71 officeholders.

He queried why MPs should be denied duty post vehicles if the Chairman of the Lands Commission, the National Commission for Civic Education, the Public Services Commission, Ministers, and Deputy Ministers of State among others were enjoying the same.

Mr Kwame Anyimadu-Antwi, the Chairman of the Constitutional, Legal, and Parliamentary Affairs Committee, supported the proposal by the Committee to reject the car loan.

He said MPs most times suffered public ridicule as a result of the car loan and “day-by-day becoming endangered species.”

He explained that the other officeholders under Article 71 were not only given duty post vehicles but given drivers paid by the state, while the cars were fuelled, maintained, and insured by the state.

“Going forward I think MPs cannot continue to allow themselves to be ridiculed,” he said.

DISCLAIMER: The Views, Comments, Opinions, Contributions and Statements made by Readers and Contributors on this platform do not necessarily represent the views or policy of Multimedia Group Limited.
Tags:
Council of State
Finance Committee
Kwaku Kwarteng
Parliament