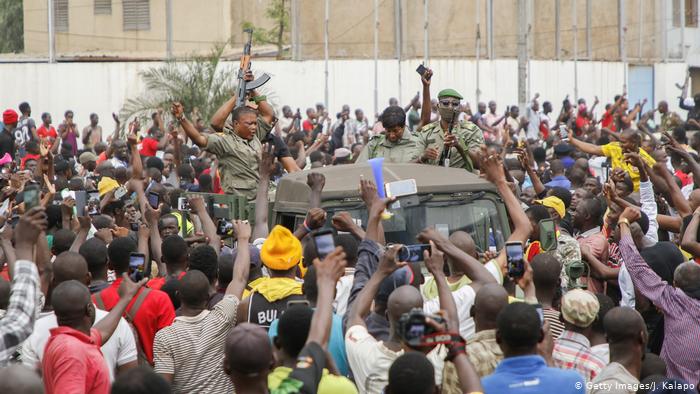 Amidst denouncements by many within the international community, the junta behind the stepping down of now ex-president Ibrahima Boubacar Keita, can count on backing from the M5-RFP (Rally for Patriotic Forces) opposition on home soil after an apparently positive official meeting between the two groups.

5 June movement . Rassemblement des Forces Patriotiques (M5-RFP) welcomes the resignation of Mr. Ibrahim Boubacar Keïta from the office of President of the Republic, the dissolution of the National Assembly and the government on Tuesday, August 18 2020 https://t.co/xbLdxQH7LT

Chair of the M5-RFP Strategy Committee, Choguel Maïga, stated in a public address, “The Republic of Mali in 1985 signed the Convention on the Rights of the Seas. A landlocked country such as Mali, we cannot just stand up in violation of United Nations conventions and impose sanctions against it.”

Verbal admonishments from the M5 opposition movement which actively called for the resignations of IBK for three months — based on frustrations of a corrupt government, a failing economy and the years-long Islamist insurgency.

Meanwhile, the National Committee for the Salvation of the People (NCSP) also issued an official statement on the country’s national broadcaster The Office of Radio and Television of Mali (ORTM) declaring the reopening of Malian air and land borders at the turn of the midnight hour Friday. The group also assured security of smooth movement of both people and property.

Mali president, PM arrested by soldiers in apparent mutiny | Aug 18
A spokesperson for the M5-RFP protest movement called the president’s detention “not a military coup but a popular insurrection.”https://t.co/VEGcKiuQ8z

Mali’s new military junta said Thursday it would put in place a transitional government as the Economic Community of West African States threatened the nation with sanctions and also expressed intentions to dispatch envoys to help secure “the immediate return of constitutional order” while also calling for the ousted president to be restored to office.