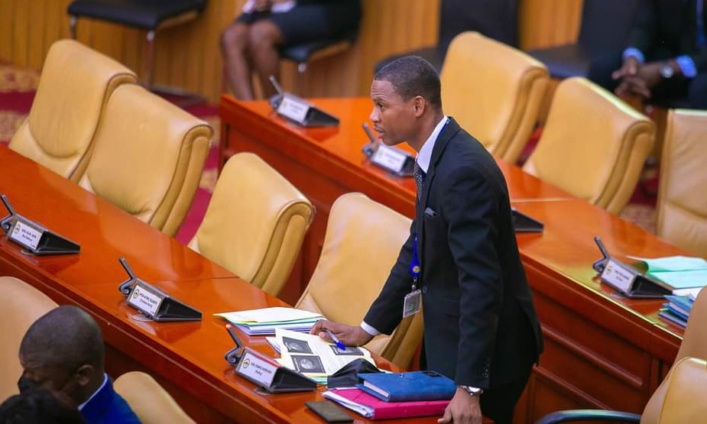 The Member of Parliament for Madina, Francis-Xavier Sosu, today posed a question to the Information Minister seeking to find out the measures that have been put in place to safeguard media freedom in the country.

The Human Rights Report published by the US Department of State had also raised concerns about serious restrictions on the press, including violence and threats of violence, or unjustified arrests or prosecutions against journalists.

It will be recalled that it has been over two years since investigative reporter, Ahmed Suale, was shot and killed in broad daylight in Accra, with perpetuators yet to be captured.

He had been a lead investigator for Tiger Eye Private Investigations.

A year after the murder, Modern Ghana editor Emmanuel Ajarfor Abugri and reporter Emmanuel Yeboah Britwum were abducted from their offices and detained by national security officials who searched their phones and laptops in an attempt to determine the source of a story about the national security boss.

By 2019, the Media Foundation for West Africa recorded over 31 attacks on 40 journalists over an 18-month period.

Also, on Tuesday, May 11 2021, Citi Fm/TV reporter, Caleb Kudah, was assaulted by Police Officers at the Ministry of National Security following his arrest and detention for filming vehicles at the premises of the Ministry.

As stated in a social media post on Wednesday, May 4 2022, by Fourth Estate Editor-in-chief, Manasseh Azuri Awuni, he said “I did some of the most daring works in the John Mahama era, and I never feared for my life as today. The danger is real!”

It would be recalled that whilst delivering a speech to Rotarians in Accra on the theme “Down the Escalator: Reflections on Ghana’s Future by a Senior Citizen on April 22 2021, Sir Sam Jonah noted “It appears to me that in recent times in our Fourth Republican dispensation, the courage to stand up for the truth and the determination to uphold the common good is lost. In our dark moments as a nation, it is concerning that the voices of the intellectuals are receding into oblivion. It appears to me that the culture of silence has returned.”

According to the Francis-Xavier Sosu, “Every democracy hinge on accountability and good governance. Accountable governance means the willingness to accept responsibility for one’s governance decisions and actions. This implies the conscious decision to empower agencies of accountability and subjecting the governance decisions to public scrutiny on high moral and ethical standards and honesty for public life. Unfortunately, this has been visibly missing in the Akuffo Addo-Bawumia led government for the past 5 years.”

The Madina MP further stated “As a country, we know from experiences and the example of other countries that unchecked violence against journalists emboldens attackers and undermines freedom of the media. The time is ripe to ensure maximum protection of Journalists and indeed for Press freedom as enshrined in the 1992 Constitution of Ghana, African Charter on Human and Peoples Rights, International Covenant on Civil and Political Rights and Universal Declaration of Human Rights, among others.”