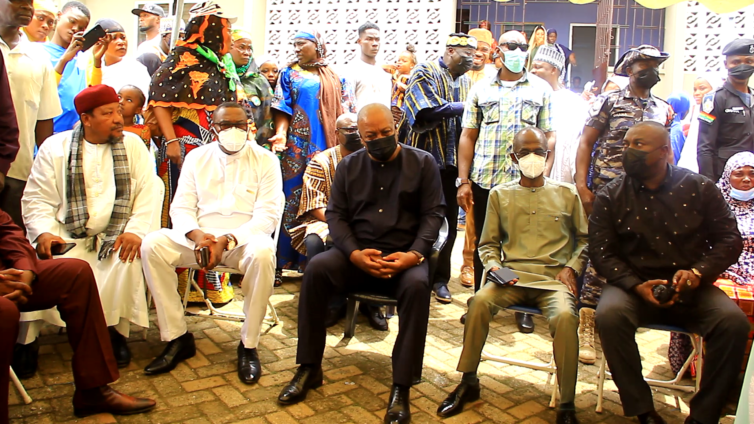 Hundreds of people including, former President John Dramani Mahama have thronged the family house of the late Sheikh Osman Bawa Hafiz to sympathise with them.

Their visit was warmly welcomed by the family and many others.

Dr Sheikh Osman also known as Olando died in his private residence at Old Tafo in Kumasi on Thursday morning.

Dr. Sheikh Osman served as the Chief Executive Officer of the Muslim Executive Foundation and secretary to Supreme Council for Islamic Teachings and Research.

Meanwhile, mourners say the Late Dr. Sheikh Osman was a man of integrity given the impact his life brought to the Zongo communities.

He is described as a unifier and a teacher to all.

Late Dr. Sheikh Osman brought light into the lives of several children and adults through his generous activities.

Many residents mourn his passing describing it as a blow to close relatives, the entire Muslim community and Ghana at large.

His death brought together Muslim scholars, chiefs, businessmen among others.

The late Dr Sheikh Aransah was buried at the Tafo cemetery.

His burial was one of the most memorable events in the Ashanti region.

Dr. Sheikh Olando served as the Chief Executive Officer of Muslim Executive Foundation and secretary to Supreme Council for Islamic Teachings and Research.

He was 63 years old and left behind six children – 3 sons and 3 daughters.

Dr Sheikh Olanda Aransah lost his wife, Hajia Maliya Ibrahim, on September 7, 2020, just a year before his passing on.

Dr. Sheikh Aransah pursued his PhD in Human Resources at NorthWestern Christian University in the United States of America in 2016.