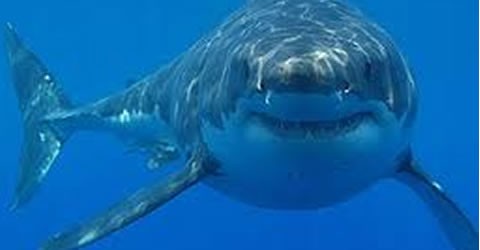 A man who swam out into the ocean to elude North Carolina police managed to escape from a shark and a drone camera, but not the long arm of the law.

The Surf City Police Department said Zachary Kingsbury, 20, was pulled over about 4:45 p.m. Wednesday and officers asked him to step out of the car when they spotted what appeared to be illegal drugs inside the vehicle.

Police said Kingsbury ran into the ocean and started swimming out to sea.

The police department deployed a camera drone to track the swimming suspect and the aircraft managed to keep pace with Kingsbury for about an hour before losing visual contact approximately 4,000 feet from shore.

The video recorded by the drone shows a shark swimming nearby Kingsbury at one point during his swim, but the man failed to capture the predator's attention and it left him alone.

The search was joined by Coast Guard crews, the Surf City Fire Department, the North Topsail Police Department and other agencies.

Kingsbury was located about 7:45 p.m. near the Wicker Avenue Beach Access in North Topsail Beach. He was arrested on multiple drug-related charges and taken to the Pender County Jail.