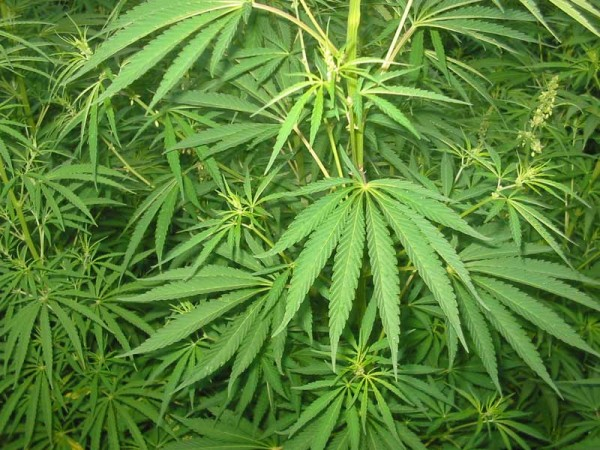 As the campaign to get marijuana legalised gathers momentum, a medical doctor has urged caution.

According to the acting Director of the Ankaful Psychiatric Hospital, Dr. Kwadwo Obeng, users of marijuana are likely to get addicted to it.

Speaking on the Super Morning Show, Thursday, he explained that in spotting addicts, the health professionals usually study a number of things including, tolerance for the substance, withdrawal syndrome and the neglect of previous alternatives.

Dr Obeng said that addicts double their previous intake of the substance to get high.

“So, initially if you only take one drink or puff to get high, an addict will take a whole roll or two to get the same effect. That means your body is adjusting to the substance,” he stated.

When addicted persons do not take the marijuana, withdrawal symptoms set in and their body reacts physically.

Also speaking on the show, was Kwabena Afriyie, who claims to have been addicted to the drug.

Kwabena Afriyie told Daniel Dadzie, host of the show, weed had become a companion, taking it before meals, in the middle of the night, when in a sad or good mood.

“It had become like an appetiser. If I do not smoke it, I could not eat. So, I looked for it all the time,” he explained.

Kwabena Afriyie, who calls himself a former addict, disclosed he had stayed on weed for more than twelve years after being introduced to it at the age of 22 years.

He explained that he had to “deduct it from his life” because not only did it not go along with the teachings of Jesus Christ but he had to “mature” for his children, especially his daughter.

However, for the President of the Hemp Association of Ghana, Kwabena Afriyie’s story does not add up.

Nana Agyemang explained that addicts need medical attention to be weaned off the drug. Kwabena’s tale of breaking the addiction because of Jesus Christ seems unique.

“Addicts don’t do that. They need some form of medical attention, education and be fed with the same thing they took to gradually wean them off it,” he stated.

Nana Agyemang said this to dispel the notion that marijuana use leads to addiction.

Nana had support from a listener who said he is yet to be addicted despite many years of using marijuana.

“What addiction is he (Kwabena) claiming, three years running and no addiction,” Joe T wrote.

The advocation for marijuana legalisation is gradually moving from being subtle to advocates campaigning publicly for the legalisation and/or the decriminalisation of weed.

In March 2019, Rastafarian Council of Ghana had set out to march for the decriminalisation of marijuana but the move was blocked by an injunction sought from the court by the police.

“The reason for the march was to create awareness for the public to know that cannabis is a natural plant so incarcerating its users is human right abuse.”

“The plant has a lot of uses both industrial and medicinal. It’s backward to put its users in our already congested prisons because they are not criminals,” Dennis Afram, a leading member of the group said in an interview.

Ghanaian Dancehall artiste, Samini, also in his advocacy released a song on the benefits weed has not just for the health and economy but also for farmers who would make money out of selling the weed.

Actor John Dumelo and the late former UN Secretary Kofi Anna have also in some talks, outlined some benefits the decriminalisation of weed would have for the country.

Nana Agyemang took objections to what he described as parading only the negative side of the drug without its well-documented benefits.

He argued that it is time to tell of the health, environmental and economic benefits of the drug. The state will benefit a lot, he advanced.

Ukraine had planted hemp to get rid of the radiation in the atmosphere and reduce soil toxicity as a result of the burnt Chernobyl nuclear power plant some years ago.

Nana Agyemang believes Ghana can save destroyed lands at mining sites by planting hemp. He also encouraged the use of hempcrete in building to absorb gases like carbon dioxide from the environment.