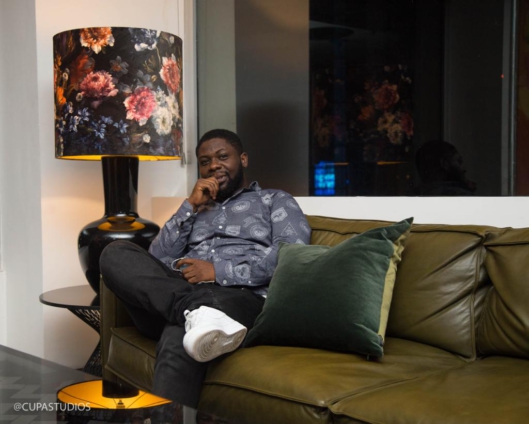 Although artiste managers aren’t as well known as popular musicians, some of them are quite celebrated in their own right.

With that said, most of the musicians who do make it to the limelight succeed because they have a strong and dedicated team around them.

Usually, this team is led by a manager who calls all the shots, has the vision, and looks out in every single situation for the artists they represent.

There is a common saying in music that goes like this: ‘Teamwork makes the Dream Work.’

Kwaps has spearheaded most successful artists such as NSG, Joe Boy, EmPAWA artists, and many more.

Hailing from Akropong, Kwaps originally wanted to focus on other non-related music jobs but stumbled on becoming a manager.

“I used to escort Promise to places. I realized I had become his manager when he introduced me to Jayso and Sarkodie. And that’s where my story with Legacy Life Entertainment began with Killbeatz (CEO) and King Promise.

Kwaps’ taste for music was developed at an early age.

“I remember in my teen days, I used to argue about the music industry. In my senior high school days, I used to save money meant for school and use it for concert tickets,” Kwaps said.

His most notable client has been King Promise, in whom he once took management interest. Promise has described him as one of the best managers he has ever worked with.

He rarely speaks to the press and media but likes to be behind the scenes to get the work done.

He hopes to change the industry with the few things he has learned from the diaspora.

Kwaps is also a member of the Recording Academy, Grammy’s membership class for 2022

DISCLAIMER: The Views, Comments, Opinions, Contributions and Statements made by Readers and Contributors on this platform do not necessarily represent the views or policy of Multimedia Group Limited.
Tags:
King Promise
Kwaps