Meeting between labour unions and government adjourned to November 23 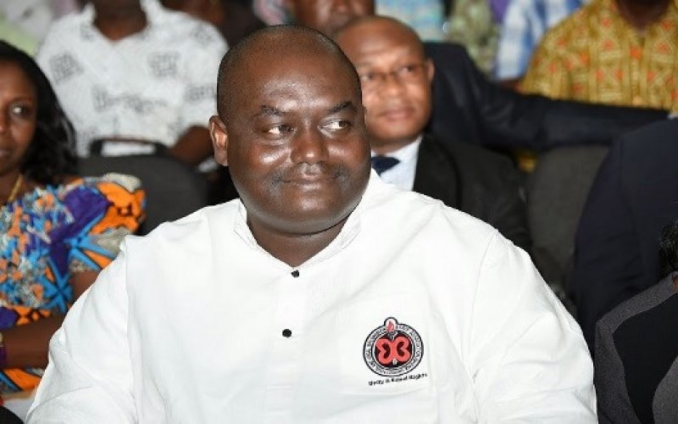 Representatives of labour unions and government have for the second time adjourned their meeting over the former’s demand for a 60 percent base pay rise for next year, to November 23.

The parties reconvened on Tuesday to continue with the negotiations which ended inconclusively on Friday. They were expected to resume the discussions on Monday but that did not happen.

JoyNews understands that the adjournment was due to the inability to secure a suitable venue for the meeting and for both parties to reconsider their positions.

“It is not a call off it is adjournment. We have had to go back and reflect, we are dealing with give and take and if you are not coming to add to them automatically we have to adjourn and come back…we are not getting meeting minds I am sure tomorrow we will be able to get a truce” Deputy Employment and Labour Relations Minister, Bright Wereko Brobbey told JoyNews.

According to the President of GNAT, Isaac Owusu, the government had earlier offered a 10 percent to 15 percent as opposed to the 60 percent increase in base pay the unions have demanded.

Chairman of CLOGSAG, Dr. Isaac Bampoe Addo addressed the media after the meeting.

“We have sent our proposal to them and we want it to be at an agreeable zone. So far the zone that we are in is not agreeable.”

Labour experts have argued that the unions should have made this demand earlier in the year for government to be able to factor it into its 2023 budget.

The experts say this demand from the unions is likely not to be met with just 48 hours for the government to present its budget.

In their meeting with government on Friday, the unions tabled two proposals before the government, including an increase in the base pay for next year.

“The first one is that, as of 2010 the relativity ratio was 1.7 and the understanding was that steps should be taken to ensure that we close that particular gap. Twelve years down the line, nothing has been done and it is widening the wage gap, which is not something we should encourage and it is making workers worse off.

“The second item has to do with the differentials between the minimum wage and the base pay. If you recall, in 2014 workers were given 10% COLA, there was no increment on the base pay but the minimum wage. We had to shelve any kind of increment with the understanding that the following year, measures will be taken. Unfortunately, in the year 2015 what happened was that workers were given 30% base pay which was making workers worse off,” he explained to JoyNews.

DISCLAIMER: The Views, Comments, Opinions, Contributions and Statements made by Readers and Contributors on this platform do not necessarily represent the views or policy of Multimedia Group Limited.
Tags:
60% base pay
Labour Unions
Ministry of Employment and Labour Relations