Men 'more likely to be fat at 40' - MyJoyOnline.com 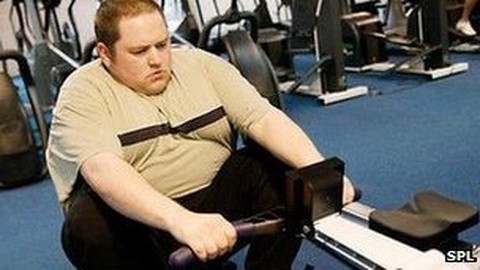 Middle-aged British men are more likely than women to be overweight, but less likely to diet, research suggests.

A study found more than two-thirds of men and around half of women in their early 40s were overweight or obese.

However, the men were much less likely to realise they were carrying excess weight, say researchers at the University of London.

The findings come from a study following 10,000 UK men and women born during one week in 1970.

Those born in 1970 were considerably more likely to be overweight or obese in their early 40s than those born 12 years earlier, the researchers found.

Men were far more likely than women to carry excess weight – with 45% classed as overweight and a further 23% obese compared with 29% and 20% of women.

However, men were also much less likely than women to recognise they were overweight and attempt to slim down.

Dr Alice Sullivan, of the Institute of Education at the University of London, told BBC News: "It's become so normalised for men to be overweight and they don't realise it – they're much less likely than women to realise their weight is unhealthy.

"The worrying thing is that if men are overweight they are much less likely to take on health messages."

Overweight men are thus less likely to see this as a health problem and do something about it.

Alerting men to their body mass index (BMI) status and the associated health risks should be a priority, they say.

Commenting on the study, Christopher Allen, senior cardiac nurse at the British Heart Foundation, said: "Being overweight or obese increases your risk of cardiovascular disease.

"Worryingly, this research highlights that men seem more inclined to ignore their expanding waistlines than women.

"Whether you're a man or a woman, maintaining a healthy, balanced diet and keeping physically active can help you reduce your weight and your risk of cardiovascular disease.

"For advice and support on how to do this speak to your GP or practice nurse."

The research studied the BMI of almost 10,000 men and women in their early 40s being followed by the 1970 British Cohort Study, which is funded by the Economic and Social Research Council (ESRC).