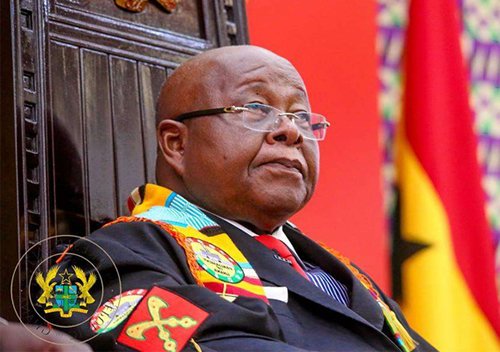 Yes the Power belongs to the People and vox populi, vox dieum.

Congratulations to the good people of Ghana for standing up and fighting against the construction of this new Chamber.

We have shown that this Country belongs to us and the Politicians are just custodians of the resources of State.

Congratulations to the Media and journalists who used their platforms for this powerful advocacy, Congratulations to all CSOs and Pressure Groups who stood up to be counted in this Campaign especially the Economic Fighters League for their show of bravery.

After fighting for the dropping of the Chamber, the campaign must not end there, we believe some pertinent questions must be answered and some heads must roll.

The hands of accountability does not end with stopping a corrupt or needless transaction, it ends with holding the people responsible for such transactions accountable for their complicity.

In this instant case, the people to be held responsible are the members of the Parliamentary Service Board (PSB).

According to the Minority Leader who is a member of the PSB, discussions at the PSB level for the construction of this new Chamber were inconclusive. (This is a statement he made on the floor of Parliament, in front of the Chairman and other members of the PSB and Parliament is a house of records)

Now the fundamental questions are;

If discussions of the Project were inconclusive then;

1. How did the Speaker arrive at a Project cost of $200 million for which the finance Ministry had made capital allocations in the upcoming mid-year budget review?

2. Why did the Speaker write to the President inviting him for a sod cutting ceremony for the project (which discussions at the Committee level were still inconclusive)?

3. Why has monies been spent on the designs of the Chamber and other Preliminary works?

On whose directions or approvals and in what capacities were those expenses made??

We believe the Speaker of Parliament as Chairman of the Parliament Service Board acted in bad faith and contrary to our Public Procurement Laws and must resign.

The Speaker of Parliament must not just resign, the Parliamentary Service Board must be made to bear all the preliminary costs that have been incurred by the State which at the moment is estimated at (almost $20million).

The PSB must be made to refund the cost of these expenditures back to the State.

If we are dropping the Chamber, we must also recover all the needless expenses made prior to the construction without the necessary approvals from Parliament itself.

It is only then that the fight would be completely won!!