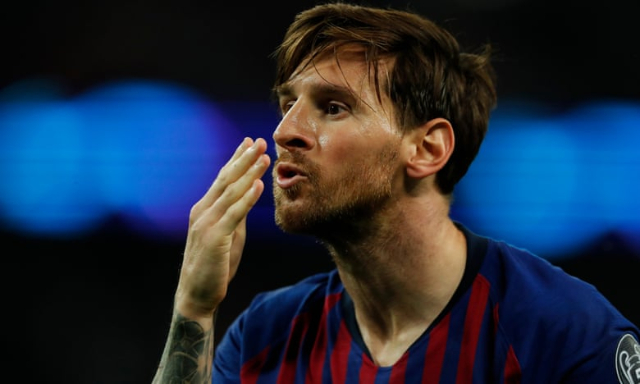 Lionel Messi inspired Barcelona to an enthralling victory over Tottenham at Wembley which condemned the English side to a second Champions League defeat from two games this season.

Messi scored twice in an excellent attacking display from the Spanish champions, who were twice pegged back in a breathless second half.

Former Liverpool midfielder Philippe Coutinho put Barcelona ahead in the second minute at the end of an excellent team move involving Messi, although returning Spurs goalkeeper Hugo Lloris helped the visitors by rushing off his line.

Croatia midfielder Ivan Rakitic then doubled the lead by firing home an acrobatic half-volley off the inside of the post from 20 yards.

But Harry Kane halved Spurs' deficit in the 52nd minute, shortly after Messi had twice hit the post for the visitors.

Messi then put Barca 3-1 in front at the end of another flowing move, only for Erik Lamela to pull another back for Spurs with a deflected shot from the edge of the penalty area.

Messi sealed the result in the 90th minute with a calm finish which gives his side a second successive Champions League win and sees them top Group B.

Mauricio Pochettino's side meanwhile are third but six points behind Barcelona and second-placed Inter Milan, and face a difficult task to progress to the knockout stages.