Mexico finds 19 charred bodies in vehicles near US border - MyJoyOnline.com

Mexico finds 19 charred bodies in vehicles near US border 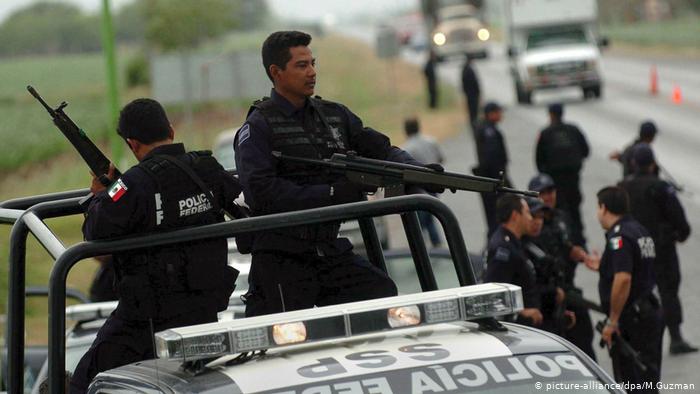 Mexican authorities have opened an investigation following the discovery of 19 burnt bodies in several vehicles in the town of Santa Anita, close to the US border, the Tamaulipas public prosecutor’s office said.

The victims are believed to be from Central America, and were allegedly taken from a safe house operated by members of an organized crime group in Tamaulipas state, Spanish news agency EFE reported, citing witnesses.

State police on Saturday found “two burned vehicles and the remains of people” on a rural road after being alerted by a citizen that a van was on fire, according to a statement from the prosecutor’s office.

“Initial investigations show that death was caused by firearm projectiles and then (the victims) were set on fire,” it added.

Prosecutors stressed that no shell casings were found in the area, indicating that the victims could have been killed in a different location.

Citing witnesses, EFE reported that a group of gunmen from the Cartel del Noreste (CDN)  an offshoot of the Zetas crime syndicate — had entered the area on Friday in search of the commander of the rival Gulf Cartel (CDG), the main criminal organization which controls the Tamaulipas area.

The CDN located 19 people, presumably Guatemalans, assassinating them before abandoning their bodies on the border with the neighboring state of Nuevo Leon, EFE reported.

The CDG and the CDN have been fighting for control of Mexico’s northeastern states since March 2010. The conflict has resulted in more than 15,000 missing persons and thousands of deaths.

Mexico is experiencing a wave of violence linked to organized crime, especially drug cartels fighting for routes to the US.

Since December 2006, when the federal government launched a controversial anti-drug operation, the country has logged over 300,000 violent deaths, mostly tied to criminal activities, according to state figures.