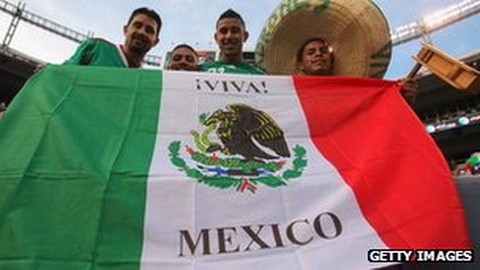 Mexico has throw its hat into the bidding ring for the 2026 World Cup, along with CONCACAF rivals Canada and the United States, Mexican federation president Justino Compean told reporters earlier this week during a CONCACAF sponsor event.

The United States was the last country to host the World Cup, back in 1994.

"This country [Mexico] also deserves a third World Cup and the competition is good. We are going to have United States, Mexico and Canada giving it a good fight," Compean told reporters.

Canada has never hosted a World Cup while Mexico's last World Cups were in 1970 and 1986 and CONCACAF president Jeffrey Webb said the region would look to bring the event to the Americas.

"A total of 32 years have passed since CONCACAF hosts a world cup. That is why I am certain that 2026 will belong to CONCACAF," Webb told reporters.

"We have the right to raise our hand and we have one of the best ambassadors in Jeffrey Webb," Compean said.