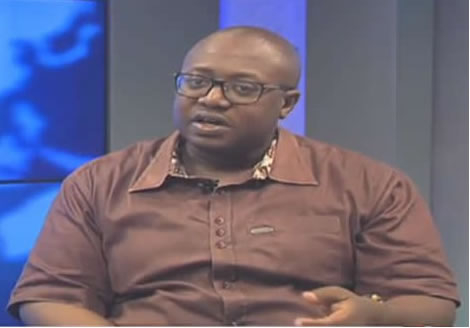 The resignation of the Minister of State, Rockson Bukari following bribery allegations, must pave the way for full investigation involving all parties cited in the scandal, the CDD has said.

“I think that for a start it is important that it clears the way for proper investigations. This will ensure that the processes of investigations are not impeded,” Director of Advocacy and Policy Engagement at the Centre for Democratic Development, Dr. Kojo P. Asante said on Joy FM’s Morning Show Tuesday.

Dr. Asante was reacting to the resignation of Rockson Bukari, who resigned on Monday, April 29 from his post as a Minister of State at the Office of the President.

In a leaked conversation which has since gone viral, Mr. Bukari was heard urging Edward Adeti, a Starr FM journalist to suppress a  story which allegedly incriminates a High Court judge presiding over a case between a Chinese mining company, Shaanxi Mining Company, and Cassius Mining Limited.

Prior to his resignation, Mr. Bukari had denied the bribery allegation in a statement on Sunday, insisting he was only trying to resolve the matter peaceably.

Rockson Bukari said the journalist, Edward Adeti, went against media ethics and violated the law when he secretly recorded a private phone call between them.

According to the Minister, the leaked phone call – which took place in late 2018 – involved talks of documents handed over to a judge.

“Adeti sought to raise questions why the documents [obtained by the judge] were not delivered in open court as he threatened a publication of an attempt to corrupt justice as he had been told by the other party that sponsored him,” the statement said.

However, on Monday the Presidency in a statement signed by Communication Director, Eugene Arhin, said the president has accepted the resignation letter of Mr. Bukari who resigned on principle.

“He resigned ‘as a matter of principle having exercised judgment contrary to what I have known you to stand for and required of your servants in running this country,’” the statement quoted portions of Mr. Bukari’s resignation letter to the president.

But Dr. Asante says that the issue should not end with the resignation of the minister. He argues that there are many sides to the issue which require thorough investigations, including the minister’s alleged conduct, the Chinese company mentioned and the Judge in question.

“We expect that the appropriate authorities will investigate this and if anyone is found culpable sanctions should be applied,” he said.

According to him, the Chinese mining company and the judge mentioned in the leaked tape must be investigated by the Chinese government and the Judicial Service respectively.

“The fact that after the Anas expose, which led to the cleanup of the Judicial service, these kinds of things are still alleged to be going on, means that a lot of work needs to be done at the judiciary,” Dr. Asante said to buttress his call for judicial service investigations.

Calling on the Chinese government to take a special interest in the many allegations of corruption which have been levelled against Chinese businessmen and companies, he said the recent spirited defense mounted by the Chinese Ambassador to the effect that its government does not condone any form of corruption from its nationals doing business abroad should be demonstrated.

The outcome of those investigations, Dr. Asante argued, will serve the public interest given that corruption impedes the growth and development of the country.

Mr. Asante is also calling for full protection for the journalist who investigated the story. According to him the recent murder of Ahmed Hussein-Suale, who was killed after his investigation involving corruption in football in Africa should guide the nation.

DISCLAIMER: The Views, Comments, Opinions, Contributions and Statements made by Readers and Contributors on this platform do not necessarily represent the views or policy of Multimedia Group Limited.
Tags:
CDD
Rockson Bukari