Montie 3: A pardon would be ‘shocking political mistake’- Ivor Greenstreet 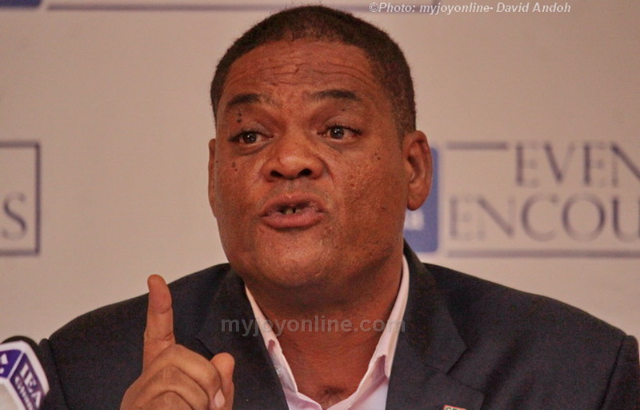 The flag bearer of the Convention People’s Party (CPP) Ivor Greenstreet says it would be unwise of the President to grant the Montie trio a pardon.

Mr Greenstreet goes further to add that the three should have been given a longer sentence than the four months that was handed down to them.

Speaking to Araba Koomson on the new JOYNEWS election programme, Election Brief, Mr Greenstreet said," they should have been given one year with six months suspended."

He stressed that that is the only act of mercy he would accept.

The CPP flag bearer doesn't think that the four months sentence is harsh because "based on the confusion the New Patriotic Party (NPP) and National Democratic Congress (NDC) have rendered this nation into with all kinds of people saying all kinds of rubbish on all our radio stations nationwide."

He said they do this because those people believe they have people who go to the radio stations to divide Ghanaians.

Mr Greenstreet said such people do not help the nation to concentrate on issues that will affect our daily lives of the ordinary man or "provide us with hope, light and opportunity."

According to him, President Mahama is hoping that people will forget about it and leave him in peace.

"I can't believe he would even in one moment thinking of making that politically shocking mistake and error to bring these characters out of incarceration," he said.

Chief of Staff, Julius Debrah on behalf of President John Mahama, Monday presented to the Council of State petitions received in respect of the incarceration of three persons for contempt of court.

The petitions were received from the general public and lawyers of the Montie Presenter, Salifu Maase, and his two guests, Ako Gunn and Alistair Nelson who have been jailed for four months by the Supreme Court.

The panelists, encouraged by Mr Maase threatened to murder justices of the Supreme Court if their ruling in an electoral roll case brought against the Electoral Commission (EC) by a former National Youth Organiser of the People’s National Convention (PNC) and Evans Nimako did not favour the EC.

Lawyers for the convicted presenter and two panelists of an Accra-based Montie FM hinted after the trio were sentenced that they will be petitioning the President to pardon their clients.

They collected one million signatures to petition the President.