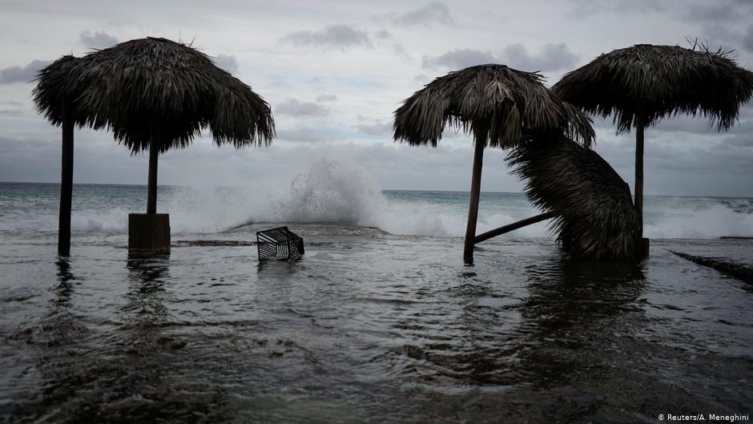 Laura threatens to wreak havoc along the US Gulf Coast with winds of more than 110 mph forecast when it makes landfall late on Wednesday or early Thursday. Some have warned the hurricane could directly hit Houston.

Hundreds of thousands of people were told to evacuate immediately from their Texas and Louisiana homes on Tuesday as Hurricane Laura moved closer to the US Gulf Coast. It is expected to bring ferocious winds, severe flooding and possibly push seawater inland.

The powerful storm has already devastated parts of the Caribbean, killing at least 24 people and damaging thousands of homes and electricity infrastructure.

The National Hurricane Center (NHC) tweeted that Laura, which is expected to make landfall late on Wednesday or early on Thursday, posed a “life-threatening storm surge, damaging hurricane-force winds, and flooding rains” which “are expected across portions of southwestern Louisiana and far southeastern Texas.”

Some officials in Texas even warned the hurricane could make a direct hit on Houston, home to almost 2.2 million people.

Lina Hidalgo, the top executive for Harris County, which encompasses Houston, spoke of deadly winds and a devastating storm surge. Hidalgo said that millions of lives are at risk as Laura moved westward and took aim at the fourth-biggest city in the United States.

“This storm certainly can cause unprecedented devastation,” Hidalgo said.

Harris County also issued voluntary evacuations for several urban areas while emergency shelters are being prepared in San Antonio, Dallas and Austin for those having to flee their homes.

Almost 400,000 residents were told to leave the Texan cities of Beaumont, Galveston and Port Arthur, while some 200,000 were told to flee low-lying Calcasieu Parish in southwestern Louisiana, where forecasters said as much as 13 feet (3.96 meters) of storm surge topped by waves could submerge whole communities.

Members of the Galveston Fire Department assist locals who are fleeing to avoid Hurricane Laura as it approaches the Gulf Coast.

Hurricane Laura has been upgraded from a Category 3 to a Category 4 hurricane, as it makes its way towards Texas and Louisiana.

The NHC said that Laura’s maximum sustained winds have increased to nearly 110 mph (175 kph) with higher gusts. Satellite images show that Laura has become “a formidable hurricane” in recent hours, and that “there are no signs it will stop soon,” the NHC said.

“Some areas when they wake up Thursday morning, they’re not going to believe what happened,” Stacy Stewart, a senior hurricane specialist at the center told the Associated Press. “We could see storm surge heights more than 15 feet in some areas. What doesn’t get blown down by the wind could easily get knocked down by the rising ocean waters pushing well inland.”