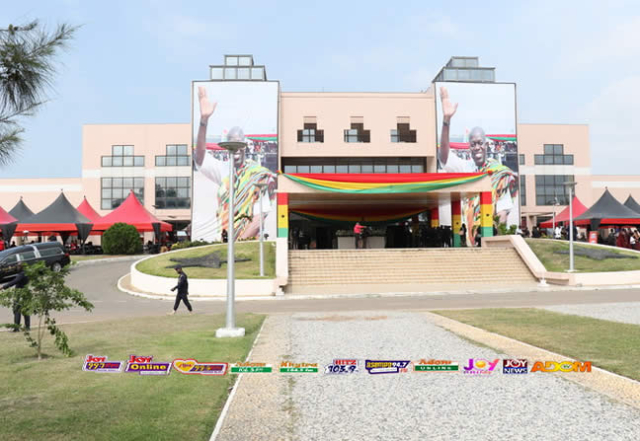 Four soldiers stood like man's version of God's cherubims. Their backs against the coffin, they never turned to look at the mortal remains of Paa Kwesi Amissah-Arthur.

They were positioned in four invisible corners, head hanging, eyes locked their polished shoes and the tip of a bayonet that pinched the marble floors.

They kept a severe look and left the rest of us to look sober staring into the face of the man who served his nation at great heights with an even greater humility.

He looked rested leaving those who gazed at him restless with emotion and a certain dread of death.

Even without his spirit, his body obeyed him by keeping that default countenance he kept in public – a certain unreadable silence.

His age mates and members of the old guards, the Ahwois, Totobi Kwakyes, the Ato Dadzies who saw Amissah-Arthur start his public work in 1983 as a special assistant to the then Finance minister Kwesi Botchwey were there.

His life and theirs were as intertwined as a woman's corn-roll. When they looked at Amissah-Arthur, they looked at a part of their life lying still as they stood still.

They had the stories of the man who went about his work with the barely audible humming sound of an i7 processor.

The Minority MPs were also there. Their leader Haruna Iddrisu mobilised them to file past walking in an arc and collecting together in the other corner of the foyer.

They exchanged grieving glances and little stories about the man who served 22 out of his 42 years in public service. Beginning in the hungry and angry days of the 'revolution', his career was ended by the ballot box in 2016.

One woman was too scared to enter the foyer of the Accra International Conference Center and asked a man behind her in the queue to take the morbid lead.

She followed, emotion working through her body at every step until she turned to face the late Vice-President like her own sort of mini-judgment day only that this 'god' was dead.