MPs don’t take ex-gratia, we are only paid our salary arrears – Annoh-Dompreh 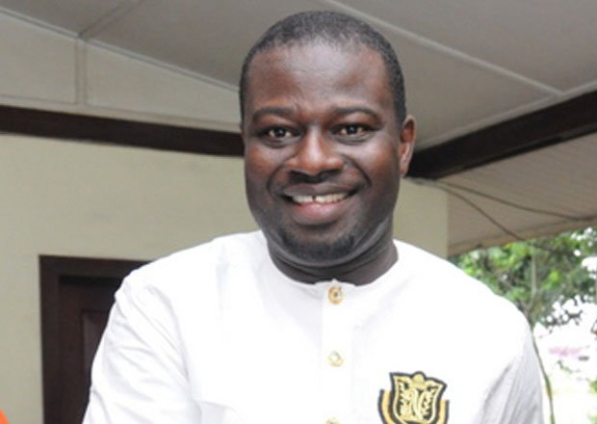 The Majority Chief Whip, Frank Annoh-Dompreh, has denied assertions that Members of Parliament (MPs) receive End of Service Benefits (ESB), popularly known as ex-gratia, at the end of every Parliament.

According to him, the monies paid to lawmakers when the House is dissolved are the accumulated salary arrears.

Thus, “it is arrears accrued and at the end of the four years, these salary arrears, not end of service benefits, that are paid to us.”

Giving more reasons as to why MPs take huge sums of money at the end of every Parliament, Mr Annoh-Dompreh said, “If an MP is supposed to take an X-amount, they will say they are paying on the account, and when the determination is made, then the difference is added.”

“And if you factor inflation and all that, the MPs lose out, and we as public office holders must confront and speak to it, and we do not have to shy away from it,” he said.

In 2013, the government paid a total of ¢47 million as “ex gratia” to the 230 MPs who served in the Fifth Parliament of the Fourth Republic.

Out of the amount, the MPs who retained their membership of the House after the December 7, 2012 elections received ¢276,000 each, while those who lost their seats were paid ¢311,000 each.

But lately, a section of Ghanaians has raised questions about why Parliamentarians get to enjoy End of Service Benefits (ESB).

The critics called for immediate termination of the practice arguing that the expenditure is heavy on the public purse.

But Mr Annoh-Dompreh maintains that MPs are public office holders, as stipulated in Article 71; hence the public reserved the right to know about the entitlement that should be paid to legislators.

“I am talking about the extent of transparency that we should be giving to the issue, but we have not done that, and I am not putting the blame on anybody.

“So, rightly or wrongly now that supposedly the information about MPs’ entitlements is out there in public, I think we should discuss it as a country, and we should not shy away from it since there is nothing to feel sorry for. MPs have not committed any crime,” he said.

Comparing the legislature to the Executive and Judicial arms of government, he indicated that Parliamentarians do not enjoy the same conditions of service.

“So, we need to ask ourselves if we do have equity. Are we treating the three arms of government with respect and equality?” he quizzed.

He, therefore, stressed the need for MPs to be bold enough to speak to the matter for the public to appreciate their concern and bring finality to vehicle loans for parliamentarians.

“The misconception surrounding ESB is putting MPs in a very bad light, and we have become the whipping boys of public criticism.

“We should call for the same treatment the Judiciary and the Executive have been given. We do not take an end of service benefits, and I challenge anybody to prove me otherwise,” he said.

DISCLAIMER: The Views, Comments, Opinions, Contributions and Statements made by Readers and Contributors on this platform do not necessarily represent the views or policy of Multimedia Group Limited.
Tags:
Ex-Gratia
Frank Annoh-Dompreh
Majority Chief Whip