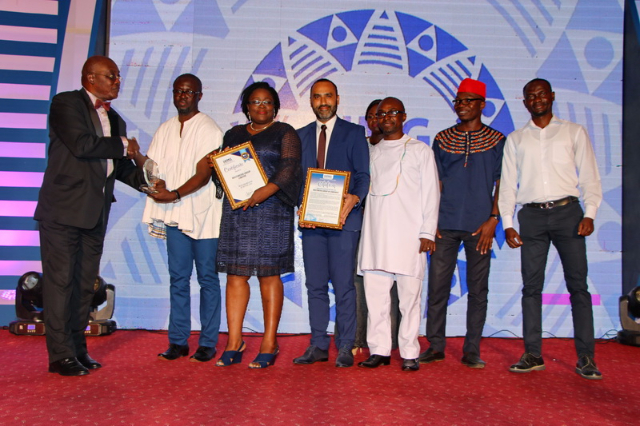 The multimedia Group underlined its credentials as the most authoritative media organization in the country when it was adjudged the Media Organisation of the Year 2016 at the CIMG Awards Night, Saturday.

He had been phenomenal with his documentaries, one of which broke the hearts of many Ghanaians and subsequently triggered a campaign to save a child and mother at the Komfo Anokye Teaching Hospital by building a new Children’s ward.

For over two decades the Multimedia Group has served its cherished listeners, readers and viewers with a credible unadulterated news.

In 2016, which was an election year, the Multimedia Group once again showed its mettle by delivering the most objective, balanced reportage worthy of praise.

At the risk of their lives, the reporters covered stories including the infamous Ford scandal, involving no less a person than the former president, John Mahama, GYEEDA and Woyome Scandals, stories which grabbed national attention for months.

And when the chips were down in the elections, the station affirmed its enviable authority in election coverage when Evans Mensah called the elections in favour of the then candidate Nana Akufo-Addo– a call which the EC had to confirm at least 24 hours later.

Any wonder the group was adjudged the CIMG Media Organisation of the Year 2016?

Apart from boldly thrusting the recorders and cameras in the faces of powerful officials, the station gives audience to the poor and vulnerable who have little or no voice.

On the night when it won the most important CIMG Award in the media category, it will not be out of place to say congratulations to the Multimedia Group. Would it?