Muslims communities are on high alert due to threat of terrorist attacks - MyJoyOnline.com 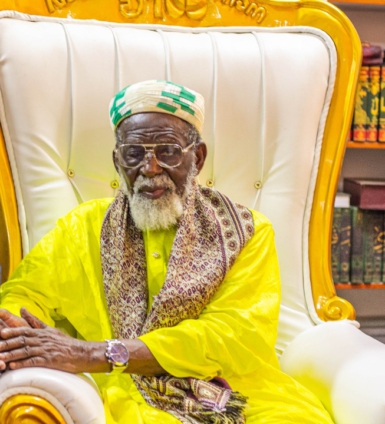 Security protocols at mosques have been reprogrammed, on the orders of the National Chief Imam, Osman Nuhu Sharubutu, following government warnings of possible terror attacks.

As part of the procedures, the community will expose suspicious residents or radical elements seeking to infiltrate the community.

“We’ve urged Mosque Management Committees to install CCTVs, which used not to be the case. We are also urging them to engage the services of private security companies who will be monitoring activities of the people who come around.

“More importantly, we are asking members of the Muslim community and the Mosques to be very alert in identifying people who approach with strange behaviour for example coming with materials in bags,” he said on Top Story.

For him, the over 340 attacks recorded within the first quarter of the year in the area indicate that the sub-region had become a hotbed for terrorism and, therefore, necessary to create awareness on security consciousness among the citizenry.

Meanwhile, the Ministry of National Security has launched the, “See Something, Say Something campaign,” to encourage Ghanaians to own their personal security and be aware and conscious of their environment to reduce the threat of an attack on the country.