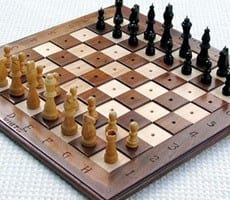 The championship under the sponsorship of rlg Communications, a Ghanaian company that assembles mobile phones and laptop computers, is expected to attract top players across the country to compete for the ultimate prize.

A statement from the GCA said 11 champions from past competitions together with the national champions will vie for the national title in the championship, which is scheduled to end on January 16, 2012.

The GCA has therefore extended invitation to 16 male and five female players to participate in the competition.

He said the donation will be put to good use and call on other corporate bodies to support the sport.

Mr. Clarence Amenyah, the Marketing Manager who donated the items on behalf of rlg Communications, said his outfit will remain viable partners in the development of sports in Ghana.