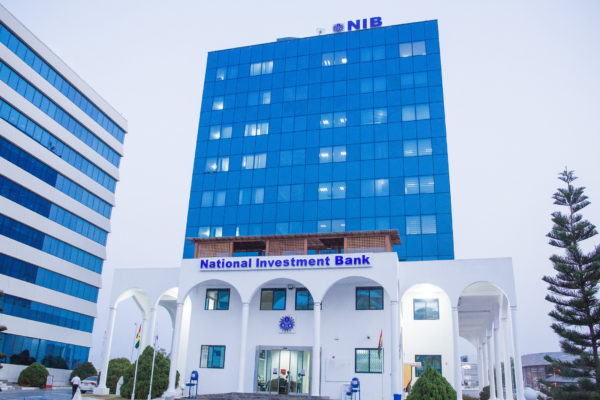 The National Investment Bank (NIB) has completed a voluntary exit programme where some employees have been given the opportunity to voluntarily exit the bank.

Graphic Online understands that the Managing Director of NIB, Samuel Sarpong on July 2, 2021, announced to staff that, the management had concluded negotiations with the unions on the redundancy pay.

Following that, the management officially gave a one week window, which opened from December 17, 2021, to December 24, 2021, for interested staff to apply for the exit programme.

Staff who expressed interest in the voluntary exit programme have since been paid their redundancy pay and ceased to be workers of the bank on December 31, 2021.

The redundancy pay was three and a half months’ salary for each completed year of service and pro-rata for the affected staff.

They also got a one-month salary in lieu of notice to each affected staff and all outstanding leave days commuted to cash and paid.

Employees who had outstanding long service award as of December 31, 2021, have also to be sorted out.

In appreciation of the service of the affected staff, Graphic Online understands management paid GH¢4000 across the board to each affected staff who also received GH¢2000 to cater for transportation needs and repatriation.

The affected staff are also receiving either two years of medical cover under insurance or GH¢6000 each to cater for their medical needs.

To help reduce the impact of the redundancy exercise on staff, 5 per cent of all outstanding loan balances were also waived.

In a press statement copied to the Daily Graphic and published on Wednesday [Jan 19, 2022], the NIB said the exercise, which began a few months ago has been successfully implemented as an initial step in optimising staff numbers.”

NIB is redirecting its focus towards supporting the industrial development of the country, the MD of the bank, Mr Sarpong indicated in the statement.

The new focus is part of a broader transformation programme aimed at deepening its hold on industries as its flagship initiative, he added.

He said it was critical now than ever to ensure that the bank was run efficiently and the board and management were working with the staff to achieve that.

To that end, the MD said management had, in consultation with the government, which was the majority shareholder, the Board of Directors, and the local union, approved a voluntary exit programme where employees were given the opportunity to voluntarily exit the bank.

Mr Sarpong said in a statement copied to the Daily Graphic that in line with the agenda, significant progress had been made both in human resource training and systems upgrade to help achieve this target state.

He said to consolidate the gains made from the implementation of the strategy, a reconstituted Board of Directors, chaired by Mr Kofi Owusu Sekyere, had been inducted with the mandate to achieve the bank’s new strategy.