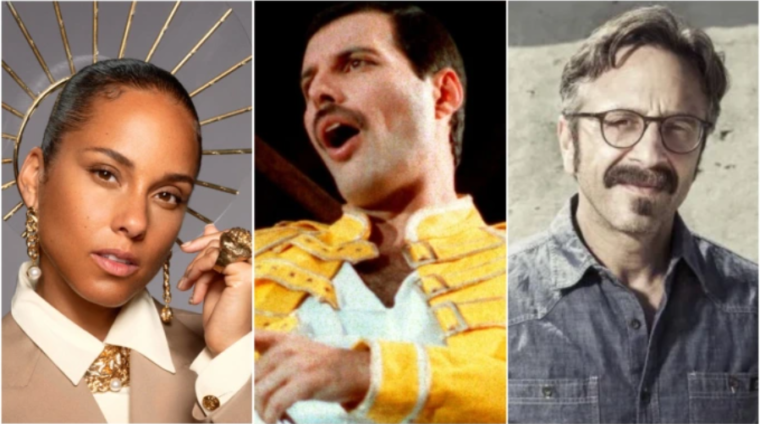 The Library of Congress’ 25 selections to be added to the National Recording Registry for 2022 range from mid-century standards by Nat King Cole and Ernest Tubb to rock classics “Bohemian Rhapsody” and “Don’t Stop Believin’” to contemporary R&B and hip-hop standard-bearers like Alicia Keys, Wu-Tang Clan and A Tribe Called Quest — and the most recent inclusion, a “WTF With Marc Maron” podcast.

Music recordings of enduring renown named to the Registry represent the 1920s, with James P. Johnson’s seminal “Harlem Strut”; the ’40s, with country music pioneer Tubb’s “Walking the Floor Over You”; the 1950s, with Duke Ellington’s “Ellington at Newport”; the ’60s, with Cole’s “The Christmas Song” and Andy Williams’ “Moon River”; the ’70s, with Queen’s signature opus; the ’80s, with Linda Ronstadt’s first Spanish-language album and Bonnie Raitt’s “Nick of Time; the ’90s, with Ricky Martin’s “Livin’ La Vida Loca” and “Enter the Wu Tang”; and the 2000s, with Keys’ debut album, “Songs in A Minor.”

Not all of the selections are musical. On the spoken-word/historical side, among the earliest selections is a complete collection of Franklin D. Roosevelt’s presidential speeches from the 1930s and ’40s; among the most recent is a series of WNYC radio broadcasts from 9/11. But perhaps the most surprising inclusion, and an obvious sign of the times, is the first-ever selection of a podcast, with an episode of “WTF With Marc Maron” that the host did with guest Robin Williams in 2010.

Several of the performers whose works are being inducted issued statements. Said Keys, “I’m so honored and grateful that ‘Songs in A Minor,’ the entire album, gets to be recognized as such a powerful body of work that is just going to be timeless. … What is it about (the album) that I think resonates with everybody for so long? I just think it was so pure. … People hadn’t quite seen a woman in Timberlands and cornrows and really straight 100% off of the streets of New York performing classical music and mixing it with soul music and R&B … And people could find themselves in it. And I love that.”

“We are honored to have our work added to the prestigious National Recording Registry amongst so many other astounding works,” said Q-Tip, of A Tribe Called Quest. “We are humbled and grateful for this acknowledgement. Thank you so, so much.”

With these 25, the number of recordings selected the National Registry now numbers 600.

“The National Recording Registry reflects the diverse music and voices that have shaped our nation’s history and culture through recorded sound,” Librarian of Congress Carla Hayden said in a statement. “The national library is proud to help preserve these recordings, and we welcome the public’s input. We received about 1,000 public nominations this year for recordings to add to the registry.”