NDC is in shock – Emmanuel Bedzrah reacts to death of Rawlings 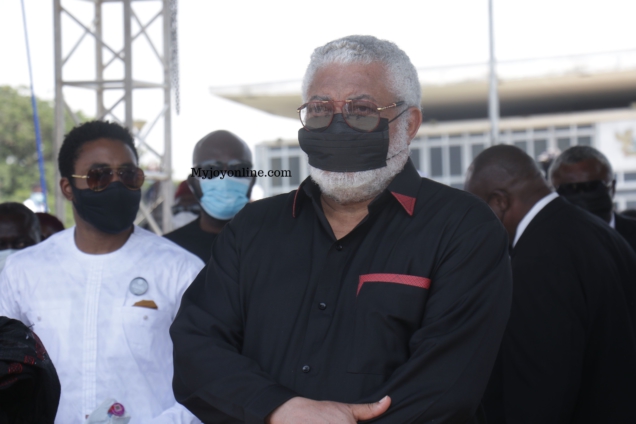 The leader of the National Democratic Congress’ Volta Regional Caucus in Parliament, Emmanuel Bedzrah says the death of former President Jerry John Rawlings is a shock to the party.

“We are shocked of the sudden death of our founder and the former President Jerry John Rawlings,” he said.

According to him, the former President was a mentor like no other, who had coached and served as a source of inspiration for a lot of people in the party, himself included.

He said, “Growing up when I was around 12 years there was this gentleman who dashed unto the political scene. Very young, naïve I didn’t know what was happening, all I was hearing was there was a coup d’ etat by a half-cast man called JJ.

“So I grew up trying as much as possible to understand his philosophy and things that he believed in. And so entering into politics one of the things I was looking up to was social justice, and Jerry was the one who has really taught me that the meaning of social justice transcends even religion so I decided to follow him and learn from him.”

He added that the former President was larger than life itself, thus putting a cost to his life would be understating who he is.

“You cannot put any cost to this loss. Some may not like not his way of doing things. He’s not a perfect man. He’s just a man that when you come close to you’ll like him,” he said.