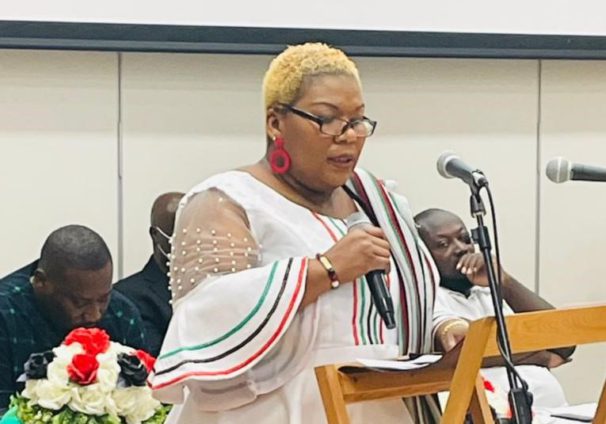 The opposition National Democratic Congress (NDC) says they are poised to recapture power from the New Patriotic Party (NPP) and save millions of Ghanaians from the hardship that they are forced to bear as a result of the massive mismanagement of the economy by the Akuffo Addo led government.

This was when the NDC celebrated women and launched TEIN a youth wing of the party under the theme; Leadership in Nation Building – the role of the youth and women.

Led by the Women’s Organizer of the UK and Ireland Chapter of the NDC, Mary Gardiner, the NDC showcased at the event that they have the women and the youth who are well motivated and ready to help bring the NDC back to power in election 2024 to continue the good works that the party started and save the nation from the economic hardship they are going through.

In her speech, Madam Gardiner said, select groups such as women and youth are the live – wire of every political tradition, and yet they are the most neglected when it comes to the provision of, and availability of opportunities that guarantees their future and progress.

She however take consolation in the fact that the party that she belongs, the great NDC is different from other political tradition and that in the NDC there are equal opportunities and you can become what you want to become if you set your mind to it.

“Our tradition has over the years opened itself for women and young people to realize their full potential regardless of where they come from, their educational status or social standing. It is truly a party for all and I am glad to belong”

The event had in attendance the former running mate of the NDC in the 2020 election, Professor Jane Naana Opoku Agyemang.

As part of the event, the first ever TEIN in the diaspora was launched by the national youth organiser, who charged the youth to lead the way as the party prepares to capture power in election 2024.