What to expect from Apple's iPhone event - MyJoyOnline.com

What to expect from Apple’s iPhone event 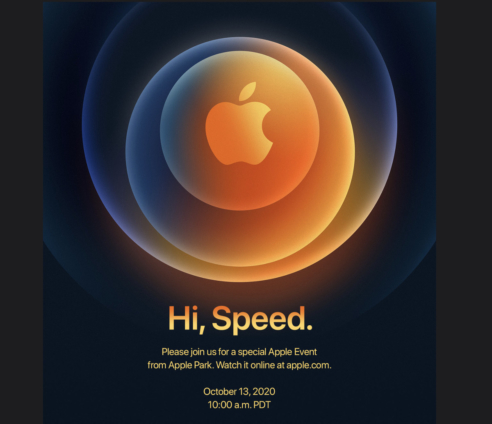 Apple is finally set to announce new iPhones, after weeks of delays and pandemic-related disruptions.

Invitations for an October 13 event featured the phrase “Hi, Speed,” hinting at a long-rumored upgrade that would allow the iPhone to connect to the new 5G wireless network that’s currently being rolled out by carriers in the United States and abroad.

Beyond phones, It will pave the way for more connected devices: Advances like self-driving cars, virtual reality, smart city technologies and networked robots could be powered by the new network.

Apple is somewhat late to the 5G phone game. Its new phone will join a growing list of options from Google, Motorola, Samsung, Huawei, LG and others.

But the iPhone may be able to hold its own given its loyal fan base, and some analysts expect the 5G iPhone to generate a “supercycle” of device upgrades, potentially prompting more people than usual to buy the new device.

And the fact that 5G networks aren’t completely ubiquitous yet means there’s still room to grow.

Only 13% of smartphones sold in the first half of 2020 had 5G capabilities, and only 6% of customers would rank 5G as a primary factor in their next smartphone purchase, according to Ben Stanton, an analyst at research firm Canalys.

“Apple is not too late to 5G, as smartphones with 5G have not yet seen mass adoption,” Stanton told CNN Business.

“Part of the reason for this is that the killer use-case for 5G on mobile has not yet emerged.”

Apple may give its users more choices than usual with its latest smartphone lineup.

The company is gearing up to launch four new iPhone models on Tuesday, ranging in size from 5.4 inches to 6.7 inches, according to analysts and multiple news reports.

Apple has stuck to a three model lineup for iPhone launches in recent years, with one basic model and two pricier models with more cameras and better displays.

But this time around, a fourth, more basic model with a smaller display — the name “iPhone 12 mini” has surfaced in rumors — could help Apple target more price-conscious consumers, though it’s unclear how it would compete with the low-cost iPhone SE.

“Apple has made a serious effort to make its hardware more price-competitive over the last 12 months,” Stanton said.

“But Apple’s great challenge is that it needs to find a way to become more price-competitive without diluting its premium brand image.”

The top end of the new iPhone range could also provide a big draw, with its rumored 6.7-inch display that’s even larger than the 6.5-inch iPhone 11 Pro Max.

“In particular we are seeing Apple and its Asian suppliers anticipate stepped-up demand for the larger 6.7-inch model which is raising the overall iPhone 12 expectations heading into this ‘once in a decade’ potential launch,” Wedbush analyst Dan Ives wrote in an investor note last week.

Wedbush estimates that 350 million of the 950 million iPhones globally could be due for an upgrade, which could lead to an “unprecedented” cycle.

The last major iPhone “super cycle” of upgrades happened in 2014 with the iPhone 6, said Daniel Morgan, VP and senior portfolio manager at Synovus. “Since 2014, the newest iPhone launches have felt more like ripples [as] opposed to a wave.”

iPhone sales have slumped in recent years as people wait longer to switch out older models, though Apple staged somewhat of a recovery in 2020 with the iPhone 11.

Eyes on the price

Apple’s pricing strategy for the new iPhone lineup will likely be one of the biggest talking points.

In recent years, the company’s battle with Samsung for premium smartphone users has led to exorbitant prices that would have been unthinkable for previous devices.

Both companies have released lower-cost models of their flagship smartphones in recent months. And other rivals such as OnePlus and Google appear to have all but stopped competing in the fight for the high-end smartphone market.

Apple could use the 5G features to justify a slightly higher price point for the iPhone 12, but the fact that it is expected to release four iPhone variants rather than the three could mean a more affordable offering is in the works as well.

When it comes to Apple events, it’s rarely just about the phones.The company has previously used its pre-holiday launch event to roll out upgrades to its iPads, smart watches and increasingly popular services such as Apple TV+ — though it did much of that already in an event last month.

That hasn’t stopped the rumor mill from speculating about updates on other products, including augmented reality glasses, a new HomePod smart speaker and even over-the-ear wireless headphones.

“One thing that is certain, is that Apple will again showcase the best-practice for virtual events, and set a standard for the industry to follow,” he added.