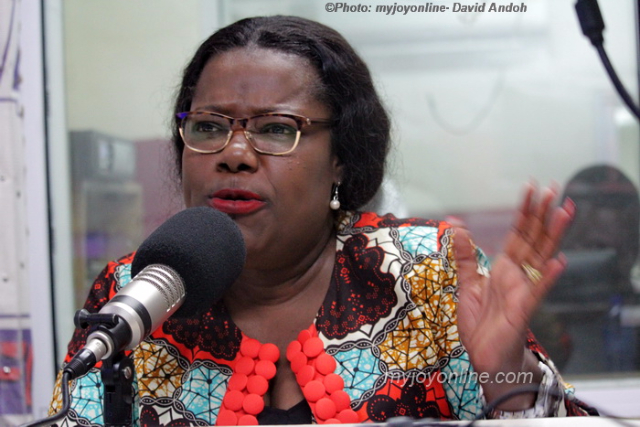 Sound financial background and ability to raise a child will be paramount before anyone can secure approval to adopt a child under the new Children’s Amendment Bill currently before parliament.

The Bill which aims to protect adopted children both home and abroad spells out conditions under which the adoption process can be reversed.

Government had placed a temporary ban on adoption in the country in order to allow time for investigations and reform of current adoption procedures.

The ban, which was put in place because there had been several cases of abuse of the system as it was found out that some guardians in their desire to get their wards abroad push the children through the adoption process without taking the interest of the children into consideration.

The craze to live abroad is one major reason for the high incidence of adoptions with the statistics showing over 1,120 Ghanaian children having been adopted between 2010 and 2012 with a majority of the adopted children sent to the United States of America (USA) and Europe.

Out of the number, foreigners adopted 800 children, with the rest being adopted locally information from the Gender Ministry indicates.

“The Ministry has noted with concern a developing trend in the adoption of children in Ghana, which if not attended to will be greatly detrimental to the welfare of the children,” the Gender Minister Nana Oye Lithur said during the ban.

She confirmed that pending a moratorium, the Ministry in collaboration with stakeholders including UNICEF is working together with a technical team to streamline and harmonise the adoption process.

Mrs Lithur explained that several strategies have been put in place to ensure the proper protection of children and she mentioned the introduction of the Care Reform Initiative (CRI) in 2008 to improve child protection in Ghana.

The Bill was laid in parliament Wednesday after which Deputy Children and Gender and Social Protection Minister, Dela Sowah, who took the Bill through second reading spoke to Joy News' parliamentary correspondent, Elton Brobbey.

Highlighting on the amendments, she explained that with the old process anyone can adopt and the Ministry could not monitor who is adopting especially if the children are sent abroad.

However, with the new system, she said makes provision for knowing how adopted children are faring in abroad and make Ghana Hague compliant.

"There are certain rules and conventions that we need to put in place in this country," she said.

Madam Sowah said all this is done with the interest of the child in mind to prevent child trafficking and ensure that those who adopting are truthful to the purpose for which they cited in their documentation.

Hitherto, district courts can grant an adoption order but henceforth, she said only the High Court adding, "there would be a creation of adoption authority which will review all adoptions."

She cautioned that adoptions can be reversed if the authorities monitor and find out that the child is not well catered for, it would call for the process being reviewed.

The new amendment will also see the introduction of age limits as well as in-country adoption and foster care to prevent children from being put in foster homes, which affect them negatively.

Madam Sowah disclosed that single parent outside Ghana will qualify to adopt a child from Ghana, unlike a single parent in country.

Some members of parliament charged government to improve conditions at the Department of Social Welfare and the Homes to ensure they bring up children’s in their care in conformity with provisions of the Bill.

To this, she said the Gender Minister is trying to empower the Department more by setting up a central adoption authority to streamline how they work.