New DVLA and NRSA boards to provide expertise to deal with challenges in road, transport sector 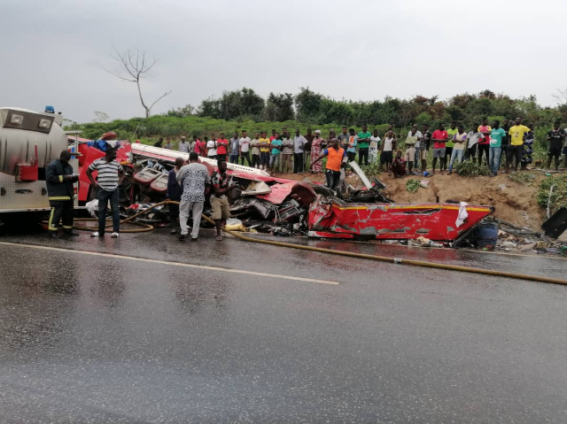 Director of planning at the National Road Safety Authority (NRSA), Engineer David Adonteng, says the composition of the newly inaugurated DVLA and NRSA boards will provide the necessary expertise to help deal with the myriad of challenges in the road and transport sectors.

The boards were jointly inaugurated by transport minister Kwaku Ofori Asiamah last Friday after the two Authorities functioned for a year without governing boards.

Speaking on News Desk on the JoyNews Channel, Mr Adonteng said the composition of boards will help the Authorities implement their multidisciplinary mandate.

“This time around, we expect to see a bigger jump of institutional restructuring and at the same time people who can advise the minister very well in terms of policy formulation and implementation,” he said.

The DVLA Board is chaired by Frank Davies with other members including Kwasi Agyeman Busia, Chief Executive Officer of the DVLA; May Obiri-Yeboah, Director-General, NRSA and COP Frederick Adu Anim.

The NRSA board is chaired by Jermaine Nkrumah and its members, including Nathaniel Amonoo Wilson, Rita Ohene Sarfoh, Mrs May A. A. Obiri-Yeboah, Director-General, NRSA and DCOP Francis Aboagye Nyarko, Director-General of the Motor Traffic and Transport Department (MTTD).

Representatives from the media, insurance companies and driver unions are also part of the board.

One of the major challenges in the road sector is accidents. The latest statistics from the MTTD indicate that between January and August 2021, 1,927 people have been killed, and 1,298 have been injured.

Apart from this, road infrastructure is of major concern to motorists in the country.

Mr Adonteng believes that the new boards can help the authorities deal with these challenges.