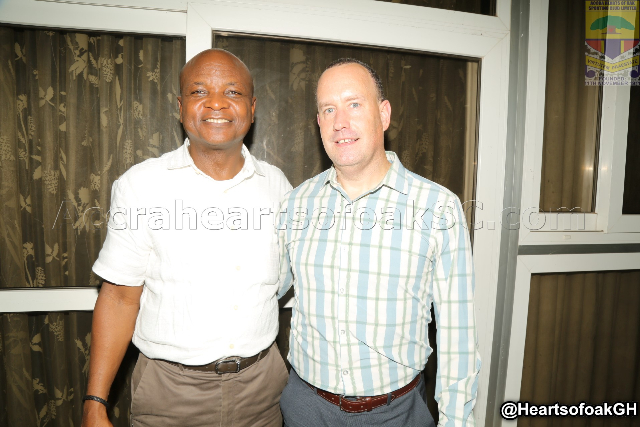 Newly appointed Hearts of Oak Chief Executive Officer Mark Noonan has called on the media to be fair and factually correct in their reportage on issues concerning the club.

Noonan wants to work with the media and for him, constructive criticism should be the order of the day.

''I have had a lot of experience in my career working and collaborating with media. I expect professionalism out of our organisation on how we deal with you[media], I expect same expect that same respect from the media and all I ask for is you[media] get the facts straight and then you fair.''

''If you guys want to criticise us[Hearts] because we are not doing something right, fine, as long as you got your facts straight and being fair and balanced,''

''I have already seen a couple of headlines that have put words in my mouth that I didn't say,'' Noonan bemoaned.

Lately, news related to the capital-based club are not appealing and Noonan is hoping to change the trend.

The American is determined to restore the club back to its glory days. Hearts of Oak have not won a major trophy for the past nine years despite having changed managers on seven occasions.