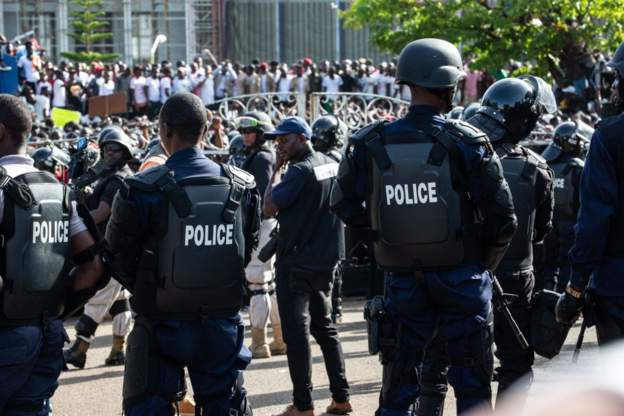 Liberia’s President George Weah has appointed as deputy defence minister a man who had previously threatened to “kill” people who tried to loot his property during protests against the president.

A few days before his appointment, Tarplah Z Davis went on Facebook and hit out at organisers of anti-Weah protests. He especially targeted the US-based leader, controversial radio talk show host Henry Costa.

“The symbol of everything that I have worked for personally is in Liberia. And I told people, anybody tries my property, I will kill them.

“I have said it and will continue to say it openly,” the privately-owned Front Page Africa newspaper, which has been following the controversy, quoted the man as saying during a Facebook broadcast.

Radio stations in the capital, Monrovia, have been playing the man’s comments repeatedly.

The Weah government has been confronted by a wave of unprecedented protests in recent months. The largest, dubbed Save the State, was organised on 7 June by a pressure group called Council of Patriots.

The group has announced it is organising another demonstration on 30 December, “this time to call on George Weah to step down and leave”, Mr Costa said.

Mr Davis was named to the position over the weekend but his critics have called on the Senate to reject his nomination.

DISCLAIMER: The Views, Comments, Opinions, Contributions and Statements made by Readers and Contributors on this platform do not necessarily represent the views or policy of Multimedia Group Limited.
Tags:
Liberia
Protests
Tarplah Z Davis