A grenade that a child picked up from a bin on the Nigeria-Cameroon border has exploded, killing him and eight others.

Twenty-six people were also wounded in the blast on the Nigerian side of the border, a Cameroonian official said.

The child, believed to be under 10, mistook the grenade for scrap metal which he intended to sell, witnesses said.

It is unclear who left the grenade in the bin, but the area has been hit by an Islamist insurgency.

Boko Haram and its splinter faction, the Islamic State West Africa Province, operate in the region.

Nigerian and Cameroonian troops form part of a regional force fighting the militants.

The governor of Cameroon’s Far North Region, Midjinyawa Bakary, told the BBC that the grenade exploded late on Monday on a busy bridge linking the Nigerian town of Gamborou to the Cameroonian town of Fotokol.

All the dead were Nigerians, while the wounded included nationals from both countries, he said.

The injured were taken to a local hospital – some had their limbs blown off, residents in Gamborou told the BBC. 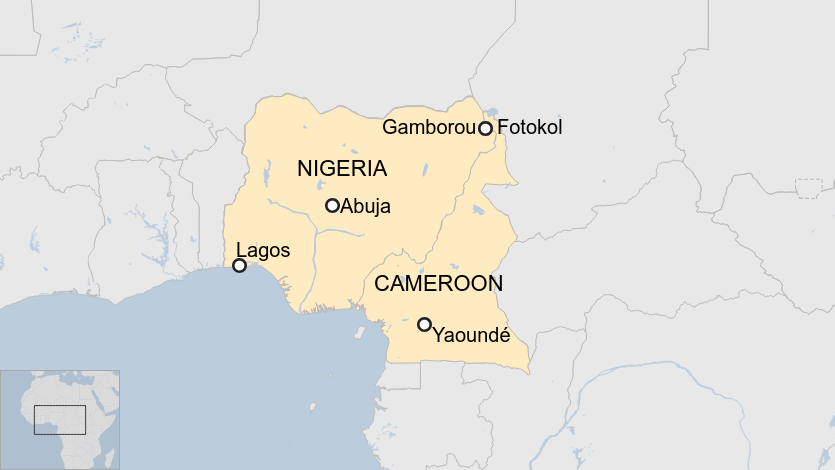 Many poor children in Nigeria often go through bins, looking for scrap metal which they sell to metal dealers to recycle, says the BBC Nigeria reporter Ishaq Khalid.

Boko Haram’s decade-long insurgency began in north-eastern Nigeria but has spilled over into neighbouring states.

Tens of thousands of civilians have been killed and more than two million have been displaced in the conflict.