Nigerians should be ashamed of themselves – Mr Logic on Moshood Abiola Stadium riots - MyJoyOnline.com 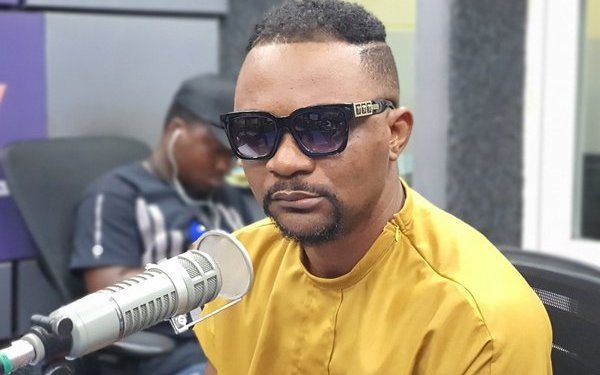 Outspoken radio personality, Emmanuel Barnes, also known as Mr Logic, has condemned Nigerians for the riot that occurred after the match between the Super Eagles and the Black Stars.

After a draw game at the Moshood Abiola Stadium, some angry Nigerian fans physically registered their displeasure after Ghana knocked-out Nigeria from the Qatar 2022 World Cup race.

Speaking on Daybreak Hitz with Andy Dosty, Mr Logic added that Nigerians are fond of being violent, and find desire in making that apparent anywhere they find themselves.

In his usual stern tone, he rhetorically quizzed: “Chale why do Nigerians always try to act as if they are violent?” “Chale you people no be violent like that o,” he continued in Pidgin.

According to him, Nigerians have been overly pampered by Ghanaians, thus, compelling them to take delight in exhibiting superiority over Ghanaians and other Africans in every sphere of life, especially when it comes to music.

“We have always pampered these Nigerians. Look, we are tired of the Nigerians. Let’s even forget about Davidos, Wizkids, Burna Boys and all these guys. It’s as if we’ve put them on top, making them feel they are the standard. No, they are not the standard,” he declared.

The infamous attack by the Nigerians was directed at their national team and Ghanaian players, CAF Officials, Ghanaian fans and the stadium’s security officials, where there we seen destroying properties of the 60,000-capacity edifice.

In a rather bizarre turn of events, a Zambian CAF doping doctor on-duty, Joseph Kabungo, reportedly lost his life after the match.

Although the unfortunate incident was confirmed by the Zambian Federation, they did not disclose the actual cause of his death.

The entire scuffle attracted series of bashing expressed on social and traditional media on Tuesday evening.

Pertaining to the occurrence, Mr Logic admonished Nigerians not to carry themselves as though they are the only Africans living in the continent.