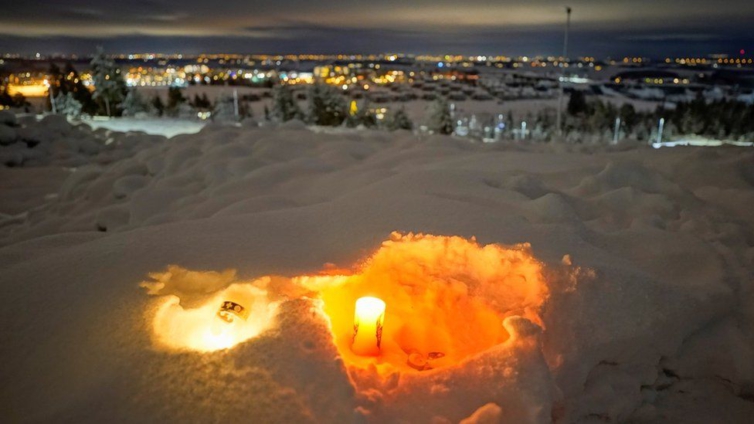 A third body has been found in the search for the missing following a massive landslide that destroyed homes in Norway, police have announced.

Local media report that it was found on Saturday within hours of the second body. Seven people remain missing following the hillside collapse that sent mud into the village of Ask on Wednesday.

The first body was found on Friday amid a major ground and air search of the area in Gjerdrum municipality.

Police Chief Ida Melbo Øystese told a news conference that while neither the “forces of nature” or time were on their side there was still a possibility they might find survivors.

She said there may be air pockets inside some of the buildings buried in the mud that may allow people to survive for a number of days.

“And as long as we have specific work tasks that must be done to be able to provide greater certainty about the decision on how long we will last, we will continue,” she said.

What’s the latest with rescue efforts?

Following Wednesday’s mudslide – which sent homes toppling into a giant chasm – it was considered too dangerous to send rescuers on to the site.

Helicopters and drones spent two days searching the scene – some 25km (15 miles) north-east of the capital Oslo – before Police Commander Alkvist said one or two houses appeared safe to enter.

Rescuers began moving into the danger zone on Styrofoam boards; the bright orange boards were laid down on the mud in a domino-effect as rescuers tried to reach the wrecked homes.

A giant army vehicle called a “paver”, which has a giant steel bridge on which rescuers can move, was also brought in but conditions were not yet good enough for the 50-tonne machine to be deployed.

A missing Dalmatian dog was rescued on Thursday, but on Friday afternoon police announced a body had been found, without giving further details. An air ambulance helicopter landed near the site.

A Swedish rescue team aiding the search was replaced on Saturday with an urban search and rescue team, containing five dog handlers, from Trondheim in northern Norway.

Rescuers are in a race against time, with only a few hours of daylight in the Norwegian winter to search the area. The conditions have also proved challenging, with temperatures dropping to -1C (30F) and the clay ground proving too unstable for emergency workers to walk on.

Police have not given details of the missing, but they are believed to include men, women and children.

Among them is a woman who was talking to her husband on the phone while walking the dog when the line went dead, according to Bergens Tidende newspaper.

Further reports say a couple and their small child are also missing, as well as a woman in her 50s and her adult son.

One survivor, Odd Steinar Sørengen, said his daughter was still missing. “I wish I could swap places with” her, he said, adding that he had been told by the police not to give up hope on finding her alive.

What do we know of the landslide?

Residents of Ask began calling emergency services at around 04:00 local time on Wednesday telling them that their houses were moving, police said.

“There were two massive tremors that lasted for a long while and I assumed it was snow being cleared or something like that,” Oeystein Gjerdrum, 68, told broadcaster NRK.

“Then the power suddenly went out, and a neighbour came to the door and said we needed to evacuate, so I woke up my three grandchildren and told them to get dressed quickly.”

More than 30 homes were destroyed, with others teetering on the edges of the deep crater that was left by the landslide. At least 1,000 residents were evacuated from the area.

A spokeswoman for the Norwegian Water Resources and Energy Directorate (NVE) told AFP that the landslide was a so-called “quick clay slide” measuring about 300m by 700m (985ft by 2,300ft).

Quick clay is a kind of clay found in Norway and Sweden that can collapse and behave as a fluid when it comes under stress.

Broadcaster NRK said heavy rainfall may have made the soil unstable, but questions have since emerged over why construction was permitted in the area.

A 2005 geological survey labelled the area as at high risk of landslides, according to a report seen by the broadcaster TV2. Despite this, the homes were built three years later in 2008.