NPP vetting committee yet to receive Interpol’s clearance on Afoko 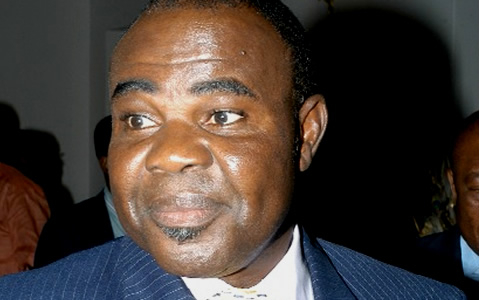 Although editor of the New Crusading Guide, Abdul Kwaku Baako Jnr, says he has "intercepted" an Interpol report clearing New Patriotic party (NPP) Chairmanship aspirant, Paul Afoko, of dealing in drugs in the UK, the party is yet to receive such a report.

Speaking on Joy FM’s News analysis programme, Newsfile, Kweku Baako Jnr expressed shock at the fact that details of the Interpol report, which he intercepted, was not cited when the NPP vetting committee gave the green light for Mr. Afoko to contest the chairmanship position

Private legal practitioner and NPP stalwart, Gabby Asare Otchere-Darko, also said the party's vetting committee has not been fair in keeping such document away from the public — if indeed it had such a report.

But member of the vetting committee, Mr. Ayikoi Otoo, who called into the show to counter the assertions and clarify the issue, described the accusations made by Mr. Baako and Mr. Otchere-Darko as unfortunate.

According to Mr. Ayikoi Otoo, neither the vetting committee nor the party received any such Interpol report clearing aspirant, Paul Afofo of dealing in narcotic drugs.

Mr. Ayikoi Otoo explained that the Committee had been working with the Police Criminal Investigation Department (CID), who were mandated to authorize Interpol to look into the matter.

According to him, the vetting committee gave Mr. Afoko the permission to contest the elections because he (Ayikoi Otoo) received a call from the director of Interpol in Ghana, who said the allegations against Mr. Afoko were "negative".

"That same day, we (vetting committee) decided to act on it, even when we had not been seen this [intercepted] final report.

"So it is never true that this report has been sent to us", he stressed.

Mr. Afoko’s bid to contest the party’s chairmanship race was challenged after David Gyasi, a member of the party, accused Mr. Afoko of being an ex-convict in the United Kingdom in a petition to the committee.

The party requested evidence from a UK court, where it was suggested the case was heard.