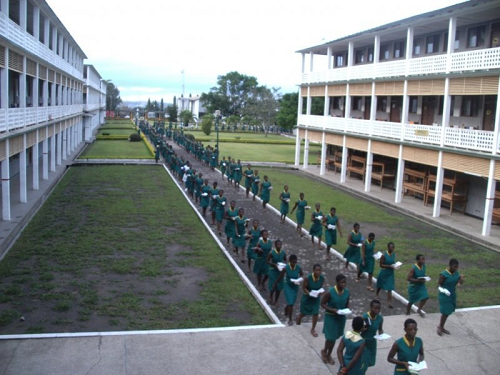 The Old Girls’ Association of the Wesley Girls’ High School has refuted claims that the canopy ban on fasting in the second cycle institution is targeted at a particular religious minority.

According to the Association, such claims are a “complete falsehood” and should be treated with the contempt it deserves.

In a press statement clarifying the ban on fasting, the Old Girls explained that the rule “was instituted in the 1990s when some girls fasted and this resulted in near fatal cases of girls falling sick and collapsing . Incidentally, the girls in question were Christians.

“Their mates who witnessed these incidents became traumatized. Thus, to safeguard the health of students the ‘NO-FASTING’ policy was put in place requiring all students to go to the dining hall at the scheduled time and eat.”

Their explanation was to give grounds to reasons of health concern the school’s authorities and its patron Church had mentioned in their refusal to allow students fast in the school.

The Association further accused the parents and student whose case has generated misconceptions about the school, of being disingenuous.

According to them, the student and her parents were made aware of the school’s rules and regulations, particularly the no-fasting policy before they completed the admission process.

Thus, to later renege on such an agreement was simply in bad faith and threatens the harmony between the Methodist Church and the Muslim community.

“We want to reiterate that the school’s ban on fasting applies to all students, including those of the Methodist faith and other Christian denominations, and not targeted at any specific religion,” the statement concluded.