A detective has told a court in Sudan that former President Omar al-Bashir admitted to receiving millions of dollars from Saudi Arabia.

Mr Bashir appeared in court on Monday to face corruption charges, which his lawyers say are baseless.

He was ousted in April after months of protests, bringing an end to his nearly 30 years in power.

In June, prosecutors said a large hoard of foreign currency had been found in grain sacks at his home.

On Sunday, pro-democracy activists and the country’s military leaders, who had removed Mr Bashir, signed a deal paving the way for elections.

The former president, dressed in white robes and a turban, appeared behind a cage. He made no comment on the allegations, Reuters news agency reports.

There had been heavy security outside the courthouse in the Sudanese capital, Khartoum, when Mr Bashir arrived, witnesses say.

What are the corruption charges?

In April, Sudan’s military ruler General Abdel Fattah al-Burhan said more than $113m (£93m) worth of cash in Sudanese pounds and foreign currency had been seized from Mr Bashir’s home. 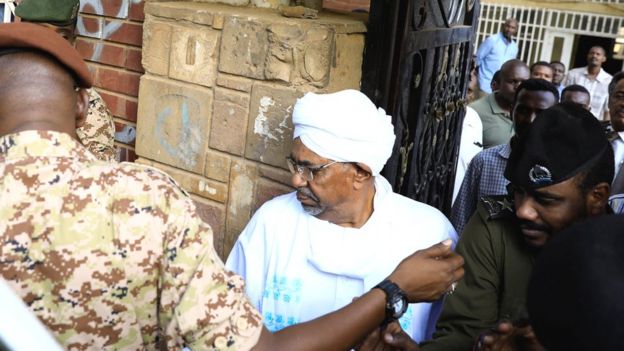 In June, Omar al-Bashir was seen in public for the first time outside the prosecutor’s office in Khartoum

The ousted leader had been due in court in July – but the trial was postponed for security reasons.

What other charges does Mr Bashir face in Sudan?

In May, Sudan’s public prosecutor charged Mr Bashir with incitement and involvement in the killing of protesters.

The charges stem from an inquiry into the death of a doctor killed during protests that led to the end of Mr Bashir’s rule in April. 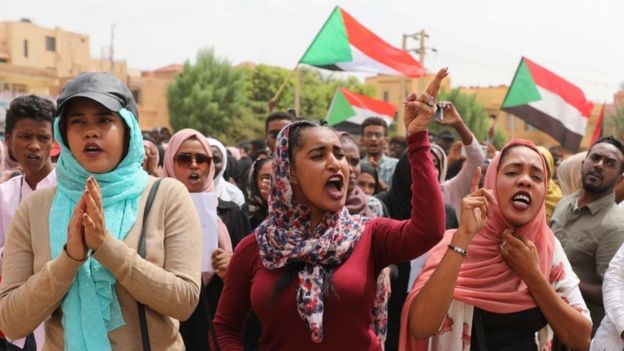 There have been protests on the streets of Sudan for months

The doctor had been treating injured protesters in his home in Khartoum, when police fired tear gas into the building.

A witness told the BBC that the doctor had walked out with his hands in the air, told the police he was a doctor and was instantly shot.

What about the transition to democracy?

Mr Bashir’s trial will be seen as a test of whether the new authorities are able to deal with the alleged crimes of the previous regime.

On Saturday, Sudan’s ruling military council, which took over after Mr Bashir’s ousting, and a civilian opposition alliance signed a landmark power-sharing deal. 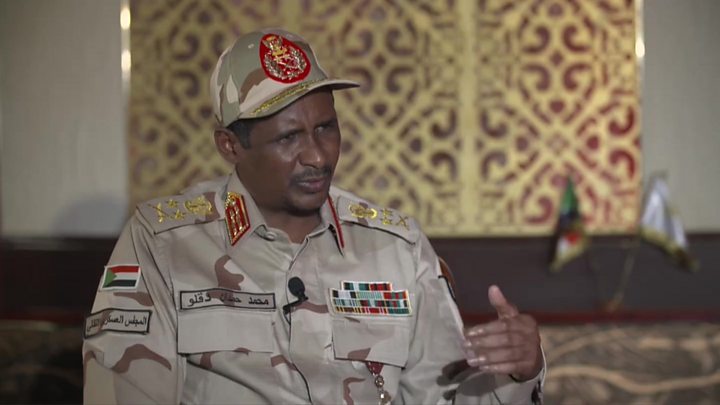 The agreement ushers in a new governing council, including both civilians and generals, to pave the way towards elections and civilian rule.

Mohamed Hamdan “Hemeti” Dagolo, widely regarded as Sudan’s most powerful man, has pledged to abide by its terms.

The members of the new sovereign council were supposed to be sworn in on Monday, but the ceremony has been postponed for 48 hours after a request from pro-democracy activists, the Reuters news agency quotes a military spokesman as saying.