Only the ballot box indicates popular support of a government; not coups – Akufo-Addo 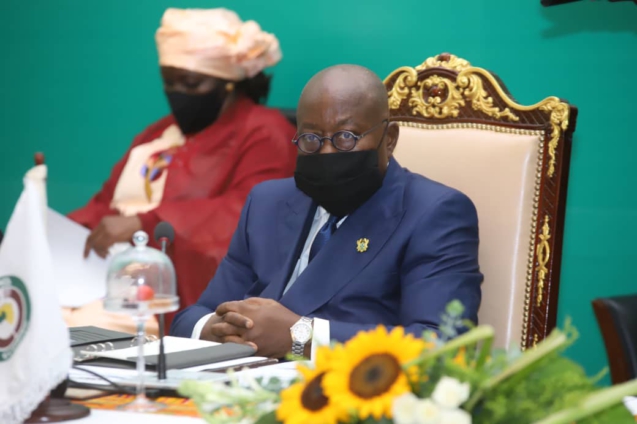 President Akufo-Addo says the conduct of elections remains the only acceptable means through which a regime or a government can show that it has the popular support of its people.

He stated in an interview with the BBC that images of people jubilating to celebrate the overthrow of their governments should not be misconstrued as a support for coup detats in West Africa.

Mr Akufo-Addo said any attempt to interpret the spate of coups as evidence that democratic in the sub-Region is dying would be a mistake.

“They say a few people in Bamako [jubilated]. Does that make it Mali? You sit here in London and you see a few people on your screen jubilating in the streets of Bamako, that makes it Mali?

“Mali is much more than just the capital city, and being able to raise even a few thousand people to come on the street; that is no indication,” President Akufo-Addo said.

Africa has recently been hit by a number of coups that threaten to take it back to the eras of military rule.

Burkina Faso, Chad, Guinea, Sudan and Mali have all seen the government overthrown and replaced with a military junta.

With every country added to the list, voices claiming democracy is not working in West Africa grow louder.

But President Akufo-Addo who is the ECOWAS Chair dismissed all such claims and stated that “the only proper indication all over the world of whether a regime has popular support or not is through the ballot box.”

“The initial evidence doesn’t point to the fact that the military in the office in Bamako is doing anything better about the insecurity and the fight against jihadists than the civilian government.

“It isn’t as if this is a new phenomenon and it is because of that the regional body made it a fundamental part of its culture that we will no longer tolerate unconstitutional changes of government.

“If people want to get into office, they should do so by persuading our people to vote for them,” he added.