Opinion: What role does the nature of a collateral play in risk premium determination?Â 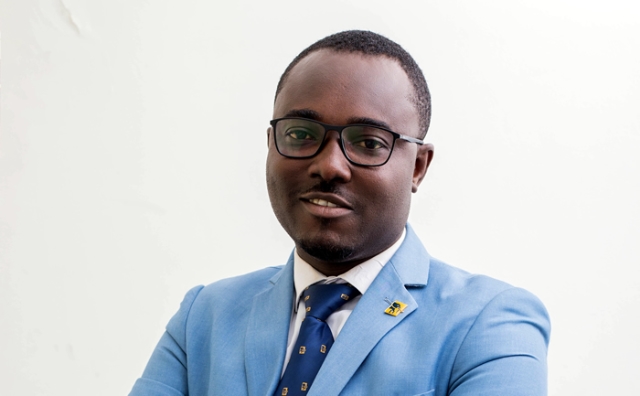 Lending rates play a critical role in every financial system through the allocation of resources in an economy.

One challenge of the Ghanaian economy is the high lending rates which the business community has on many occasions complained about. Recently, Mr. Victor Asante, the Managing Director of FBNBank Ghana was reported to have said that “it is really neither in the interest of the banks nor the customers to have high lending rates”.

By implication, high lending rates have some adverse impact on both banks and customers. This also means that commercial banks have factors that go into the determination of the lending rate. There are equally important customer factors that affect the decision on the lending rate. Currently, the lending rates of banks can be divided into two major components. That is the Ghana Reference Rate (GRR) and the risk premium. While the GRR is fixed and it is given by the Bank of Ghana, the risk premium is largely dependent on a particular bank and customer-specific factors.

One of such factors is the nature of the collateral presented by the customer against borrowing. Generally, the lack of qualified collateral as required by banks in the country is a major challenge for many businesses seeking loans. Possible reasons for borrower’s’ failure to meet banks’ collateral requirement include but not limited to lack of assets that they could offer as collateral.

Aside this, collateral requirements following the strict adoption and implementation of IFRS9 (IFRS 9 is an International Financial Reporting Standard) has also placed certain restrictions as to what qualifies as acceptable collateral for the purposes of credit decisions and for purposes of managing loan impairment charges. In these cases, banks are likely to reject loan applications which are not supported by collateral acceptable to them. The problems of a lack of collateral and high-interest rates are inter-linked since they relate to the degree of risk perceived by the bank in making the loan. Usually, lowest interest rates are associated with collateral that the bank deemed the best security.

Until the coming into effect of the GRR in April 2018, how the spread or the risk premium was determined did not receive much attention.

However, the emergence of the GRR required banks in operating in the country to, inter alia, disclose to its customers the fees and charges, the size of the spread around the GRR (offered lending rate less the GRR) and the factors responsible for the spread.

Pursuant to this, all banks resorted to the use of risk-based pricing models to determine the risk premium commonly called the spread. A percentage of this margin can be directly attributed to difficulties in realizing collateral.

To appreciate the significance of the collateral one presents in securing a loan and its implication for the risk premium and the lending rate, it is important to discuss the importance or the role of collateral in a loan contract. Collateral serves two major important roles. These are a signalling tool and an enforcement tool.

The most talked-about role is as a signalling tool. In this regard, collaterals help to reduce the risks associated with adverse selection and moral hazard; problems related to information asymmetry (a situation where one party, for example, the borrower has more material knowledge or information than the lender). Banks use collateral to screen and differentiate borrowers. Normally, borrowers who are very likely to default, as per a bank’s rating, are more open to agreeing on a low collateral requirement for some increase in interest rate. In other words, borrowers who are less likely to default are more open to agreeing with a high collateral requirement for some reduction interest rate.  Even though sticky interest rates, relationship lending and others have implication for this process, it is generally believed to have helped banks in classifying customers.

Through this, the prospective borrowers indicate their risk types by revealing their preferences between collateral and interest rates. High collateral requirements adversely affect low-risk borrowers relative to high-risk borrowers since their chances of default are low. Therefore, collateral as a signalling tool is important to banks.

As an enforcement tool, collaterals secure the loans against risks that lead to loan default. First, activities related to the moral hazard are reduced due to the fear of losing the collateral to the bank in the event of default.

Secondly, in the event that the borrower defaults, the bank can take possession of the collateral to cover part or the full amount (depending on the value of the collateral) of the loan given to the customer. These imply that collateral as an enforcement measure makes it costly for the borrower to default and also reduces the bank’s default loss.

From the above discussion, the important information is that offering qualified collateral reduces the bank’s risk associated with adverse selection and also reduces the risk premium and the lending rate.