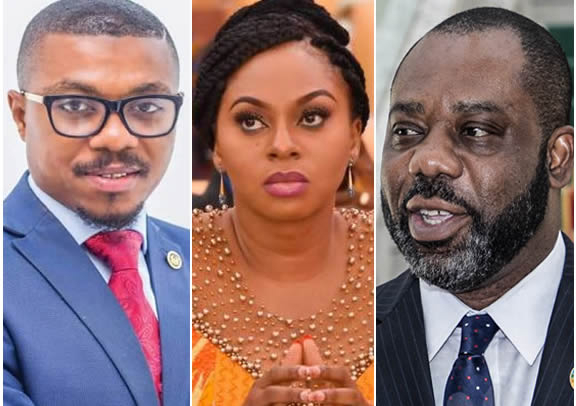 The Member of Parliament for North Tongu has demanded that MPs and government appointees who benefitted from GETFund scholarships meant for brilliant but needy students, refund the monies.

Samuel Okudzeto Ablakwa said this is because GETFund erred in law in awarding the said scholarships to these people.

Section 22(b) of Act 581 of the GETFund Act 2000, he explained, spells out those who qualify to benefit from the scholarship scheme and who must administer the scholarship.

“So if you look at Section 22(b) of Act 581, all of the provisions have been breached,” he asserted.

However, in their defense, the GETFund released a statement saying the same Act 581 allows them to “…provide support for such other educational activities and programmes to serve strategic national interests.”

But challenging this, Mr. Ablakwa noted GETFund failed to quote the law in full.

He indicated that GETFund could only do that with the approval of the Education Minister and the Board of GETFund.

Section 22(e) of the Article continues that “…as the minister in consultation with the board may determine,” he said adding the interpretation of “minister” referred to is the Education Minister.

Ablakwa, who was Deputy Education Minister responsible for Tertiary Education at the time some of the scholarships were awarded, said there was no such ministerial approval.

He said GETFund acted on its own volition in breach of the law and officials there have questions to answer.

Condemning the development, Ablakwa said MPs and government appointees should be lobbying for more scholarship opportunities for the needy whom they represent instead of consuming the scarce scholarship schemes themselves.

“It is a sad day for public office,” he said.

The list was part of a performance audit report of the Auditor-General on the administration of scholarships by GETFund which covered 2012 to 2018.